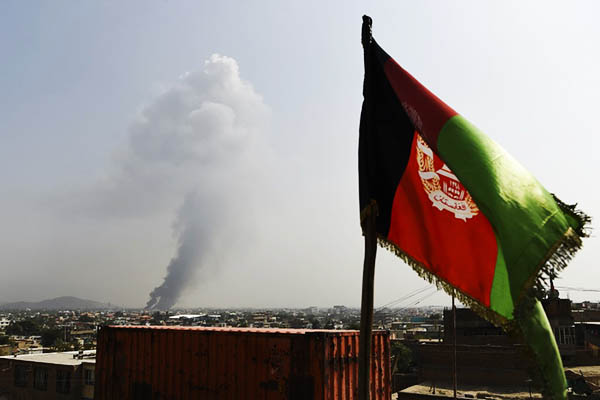 The conditions predicted to emerge after the withdrawal of U.S. troops from Kabul do not bode well for Islamabad

Prime Minister Imran Khan’s recent pronouncements on “modesty” and “obscenity,” as well as his declaration of Al Qaeda founder Osama bin Laden as a “martyr” during a parliamentary address last year may well be part of the Pakistani government’s preparations for the “new” Afghanistan that is expected to emerge after the exit of the Americans from the war-torn state.

In an interview with Afghan broadcaster ToloNews, Foreign Minister Shah Mehmood Qureshi also floundered at a question on whether or not he considered bin Laden a “martyr.” This was apparently not accidental. His substantive pause before passing the question showed deliberate ambiguity on an issue that demanded a clear answer: how can a terrorist be a martyr? Yet he would not commit, perhaps out of fear of backlash from within the PTI ranks and his conservative constituency. His noncommittal stance on a person responsible for thousands of deaths globally throws some light on the uncertainty surrounding the exit of the U.S. from Afghanistan. It was echoed by the prime minister in an interview with journalist Jonathan Swan, during which Khan said he feared a “civil war” in Afghanistan if a political settlement were not achieved in Afghanistan. His fears are not unwarranted; the world is also scared of the post-U.S. scenario in Afghanistan.

According to recent research conducted by America’s George Mason University, the following scenarios are expected after the U.S. exit from Afghanistan:

Important note: The arrival of the Taliban into formal government in Afghanistan could reduce Pakistan’s leverage over the group, especially if influential international actors maintain working relations with the group. Even before a rise to formal power, if the Taliban are able to move their political leaders and their families from Pakistan into Afghanistan, Islamabad’s leverage would decline. The balance of power between Pakistan and the Taliban would also be influenced by internal rebalancing of power within the insurgents of the Quetta and Peshawar Shuras, the Haqqanis, military chief Mullah Mohammad Yaqoob, older leaders such as Mullah Abdul Ghani Baradar, and the Taliban’s field commanders.

Two-term senator Farhatullah Babar, writing in The Friday Times on June 4, 2021, has sounded alarm for Pakistan: “The Afghan Taliban have historic relations with Pakistan’s security forces as well as with armed groups like TTP, LeT, and others and those links have not been completely severed. The so-called Dawn Leaks was nothing but an expression of deep anguish by the civilian political leadership. But it led to the chasing out of office of a legitimate prime minister. Worries that there is no course correction persist and haunt the present moment. Since October 2001, we have welcomed and hosted Taliban and Al Qaeda leaders like Osama Bin Laden, Mullah Mansoor Akhtar, Mullah Haibatullah and countless more but have denied Quetta Shura, Haqqani network and safe havens on our soil.

“General Musharraf used to tell the world: Give us the addresses and contact numbers of the Shura and the Taliban leaders and we will take them out. Offending common intelligence comes too easily to our security establishment. The mindset has not changed. Over the past decades, the relationship between Taliban and Pakistan’s security establishment has grown so close that some have even likened it to the relationship between Tehran and Hezbollah.

“Proxy wars were waged across its borders through non-state homegrown militants with close links to Taliban. We denied it. But the truth is that proxy wars have been a main driver of continuing conflict in the Pakhtun belt. Whatever is happening in the country today, whether continued militarization of ex-FATA or the opaque internment centers, or the phenomenal rise of extremist sectarian groups, it is the direct outcome of this disastrous policy. Frustrated, the tribal youth finally rose a few years ago. They expressed their anger using metaphors that could not have been imagined a few years ago.”