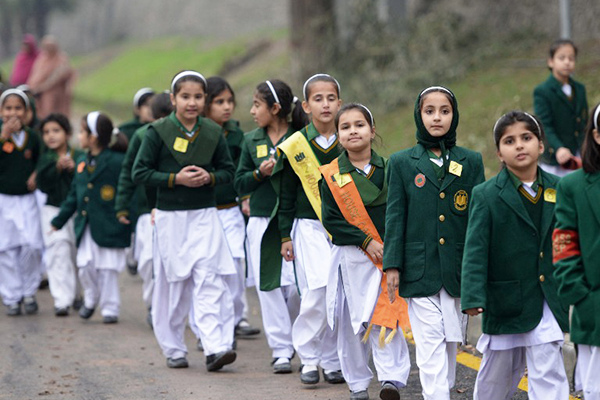 On December 16, 2014, Peshawar’s Army Public School lost nearly 150 people—mostly children—in a devastating assault that was subsequently claimed by the Pakistani Taliban. Survivors of the attack are still reeling from the psychological trauma of the incident, according to psychologists, but with enough time and effort, they could eventually find peace of mind again.

“The impact of this tragedy cannot be assessed in isolation,” says Sumbal Gillani, one of the psychologists working with the people most affected by the Taliban attack—families, surviving students and faculty members. “This was not just about the students of APS; the entire nation was traumatized.”

For faculty and students at APS, recovering from that trauma meant erasing visible signs of the attack and reaffirming the institution as a safe place of learning. The main auditorium, which was specifically targeted by the militants, has been converted into a sports complex and library. Security has been beefed up on roads leading to the school and boundary walls have been reinforced with barbed wire. While this gives the appearance of safety, the school’s new principal, Naghma Habib, accepts that no location can be completely secure.

“Similar attacks can occur anywhere, but I believe we have as much security as we need,” she told Newsweek at her office. Habib, who took charge eight months ago, says the students also seem more at ease. “Our students are regaining their confidence and it is very encouraging to see them engaging in their classes with renewed dedication,” she says, adding that the children are all very brave.

According to Habib, the results are visible in both curricular and extracurricular activities. “I will concede that some students are still having trouble focusing in the classroom, but they have been participating in sports and are actively involved in school life,” she says.

A large part of this recovery is owed to the months of therapy the victims have undergone, says psychologist Gillani, but it hasn’t been easy. “In Pakistani society, there is a stigma attached to psychology. It has been a challenge to convince people to talk to us and educate them about the very real impact of psychological trauma,” she added.

Hamza, a student of seventh grade whose brother was injured in the attack, says a year seems like a very small period of time to get over the deaths of classmates and teachers. “We miss all the people who are no longer with us because they were our friends and brothers, sisters and mothers,” he said, adding that it was equally painful to commemorate their loss.

Psychologist Gillani, however, is optimistic about her charges, but cautions against expecting a timeline for their complete recovery. “We are talking about human beings. I can’t say how much time it might take them to recover, but the more they keep talking about their feelings and fears, the more they can learn to face it. Gradually, as time passes, it will become easier for them.”