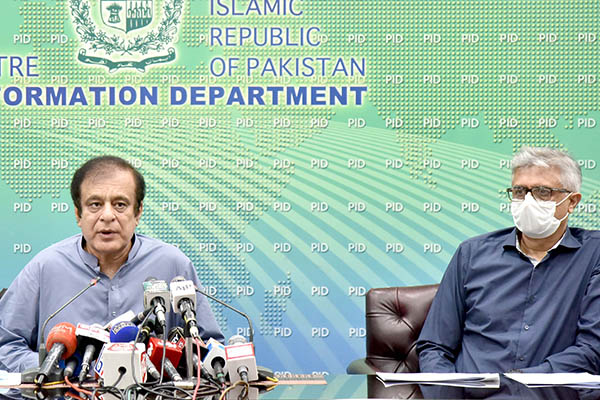 Pakistan’s testing rates for the novel coronavirus have not reduced due to any kind of conspiracy, claimed Prime Minister Imran Khan’s focal person on COVID-19 Dr. Faisal Sultan on Sunday, adding that it was the result of fewer people exhibiting any known symptoms of the disease.

Addressing a press conference in Islamabad alongside Information Minister Shibli Faraz and Digital Pakistan head Tania Aidrus, he said the country had conducted more tests when the virus was spreading rapidly. “There are 102 labs operating all across the country,” he said, and claimed the majority of tests right now were linked to contact tracing of confirmed patients.

Dr. Sultan claimed the current situation was significantly better than three months earlier and praised the government for reducing the spread of the contagious disease. “Ask any hospital or medical facility; coronavirus cases have declined drastically,” he said.

Observers have warned that Pakistan’s continuous decline in testing for COVID-19 is likely ignoring asymptomatic patients, and only caters to patients with the most visible symptoms. The World Health Organization has cautioned that the country cannot ascertain the true spread of the virus with its current testing policies.

During the same press conference, Aidrus credited Pakistan’s effective implementation of coronavirus strategies for its “single-digit” positivity rate. She said this was the result of the government and the people abiding by standard operating procedures to curb the spread of the disease. “Long-term measures were taken instead of temporary steps to stem the rapid spread of coronavirus, due to which positive cases have seen a noticeable decline,” she said, adding that decision-making pursued long-term goals of evolving strategies that could be applied for any potential pandemic, and not just COVID.

She also hailed the collaboration between the provincial and federal governments, claiming the National Operation and Control Center had played a vital role in this regard.

Meanwhile, the information minister praised the prime minister for his “far-sighted policies,” and claimed the battle against coronavirus was deadlier than most wars. “Some of our ‘friends’ insisted on a complete lockdown but Imran Khan adopted a strategy that allowed life to continue even during lockdowns,” he said, and once again claimed the government’s policies were now being emulated globally.