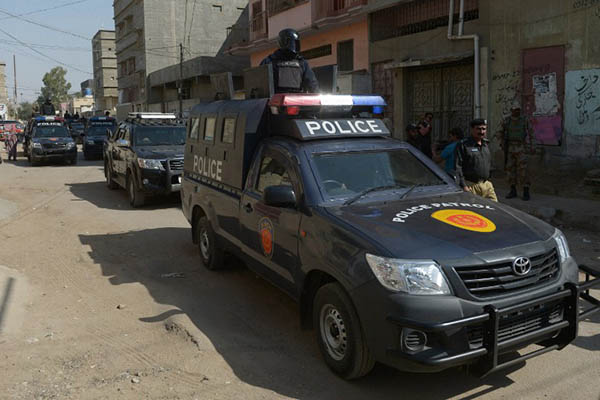 If we want to win the fight for Pakistan’s cities, the police must fight it.

The police in Karachi have busted a terrorist cell whose members killed over 40 Ismailis and earlier had also killed Sabeen Mahmud, who ran The Second Floor café. The cell, according to police and the Sindh chief minister, have also confessed to other terrorist attacks in the city over the past one year.

This is commendable. Equally, the breakthrough highlights, yet again, the centrality of police to urban counterterrorism.

While Karachi now has an apex committee monitoring the “law and order” situation and comprises civil and Army leadership, as also representatives of all law enforcement agencies, including the police, the general impression is that the lead agencies dealing with the situation are from the military and paramilitary Rangers. [NB: Rangers, while technically part of civil armed forces and under command of Interior Ministry, de facto, report to the Army leadership. The force is officered by officers from the Army.]

This perception, as perceptions go, is not entirely correct. Karachi police—and generally police in Sindh—is beset with many problems. It is not a very efficient force and there’s much room for improvement. Yet, no other force has the same outreach to the people as the police. Over the years, Karachi police has seen some good officers and its CID branch has done effective work. One reason the Pakistani Taliban made so many attempts on the life of slain SP Chaudhry Aslam was because of the CT successes he had notched against the TTP and its cells.

To put it differently, there’s reason for the governments, both provincial and federal, to take the police seriously and to make it more effective. This is, of course, true for reforming the police everywhere. But Karachi is a megalopolis, with a population bigger than many countries. It is also the financial hub of Pakistan and its woes make it urgent for the governments to introduce effective policing in the city, a model that could then be emulated in other cities of Pakistan.

I have said this often but it bears repeating. The fight for Pakistan’s cities will have to be fought, if we want to win, by the police. Sooner or later this has to be done. And if such is the centrality of the police to urban CT, why not do it sooner than later?

Effective CT cannot be divorced from effective policing. Put another way, the two aspects are part of the same continuum and complement each other. At the center of effective policing lies the idea of police-community relations. At the center of effective CT lies the idea of total effort. There can be no total effort if the community does not trust its police. Hence the connection between policing and CT.

Two, police as currently configured, is unsuited to modern policing. For any reforms to work, we must, therefore, first understand the difference between urban and rural policing. Presently, there are not different policing policies or organizations for the two. That must change. The irony is that this is not a new idea. Even during the British Raj, the Crown’s India representatives created two different types of police in the subcontinent: in the three Residency towns of Calcutta, Madras and Bombay, the British kept the metropolitan policing model along the lines of London’s Met Police, what is also commonly called Scotland Yard. For the rest they created, under the Police Act of 1861, a force with constabulary functions.

It was the same model as the Black-and-Tans in Northern Ireland. True, within that model too the British created concepts like the Station House Officer, who used to have a fixed tenure of there years (nowadays, SHOs are rotated on an average of three to four months). The police also had watch and ward functions. Even the constabulary police worked at the time.

But times have changed. Other countries in the region—India, Nepal, Bangladesh, Sri Lanka—have adopted the concept of Met policing. We haven’t. In fact, we have regressed even from the Police Order of 2002, which was a good document. In Sindh and KPK, for instance, we are back to the 1861 model!

That has to change. We need Met policing and Karachi is primed for that change. But that also requires a major rethink on the current organizational structure of the police and its three recruitment tiers, out of which two are the preserve of the provinces and one, the Police Service of Pakistan (PSP) that of the federal government.

In the nearly two years that I have worked on trying to understand policing, I believe that lack of reforms is owed to both exogenous and endogenous factors. While police officers, especially the PSP, agree fully on the need for reforms, they point to external interference in police work. That is true but it is also just one aspect. The police officers, even the reform-oriented, are not prepared to look at the police itself and the need for reorganizing it. That outlook too must change.

Technically, regardless of rank and whether one belongs to the provincial or federal cadre of the police, police personnel are all officers. In reality, because the force was envisaged as a constabulary, the hierarchy is of a military nature as are the perks and other status-related benefits for PSP officers. The PSP has a vested interest in preventing outside interference but continuing with the existing structures otherwise.

This analysis, of course, eschews many finer details. But the thrust of the argument is that a reforms package must look at both sets of factors—external and internal.

Rangers and the Army are important support elements in cleansing this country of undesirable elements and must be coopted. But the agency that has to take the lead and must emerge as the top entity dealing with internal stability has to be the police.