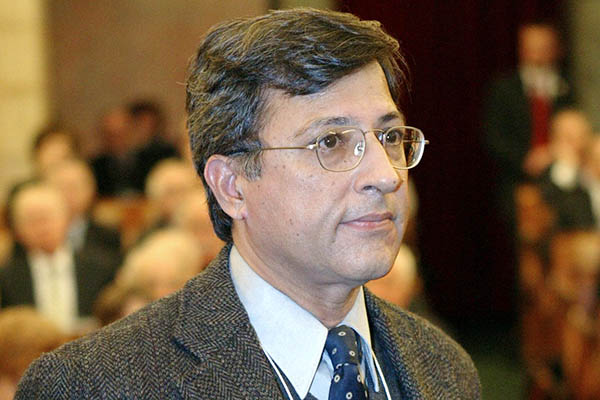 Dr. Pervez Hoodbhoy’s dismissal from Lahore’s FCC University is a win for irrationality

Professor Dr. Pervez Amirali Hoodbhoy, currently teaching physics and math at Lahore’s Forman Christian College University, has been informed that his contract will not be renewed in 2021. The same week, Punjab Governor Chaudhry Mohammad Sarwar announced that all universities of the province would be required to teach the holy Quran as a compulsory subject, with students allowed to graduate only after the course has been completed.

Hoodbhoy, born in 1950, is a Ph.D. in nuclear physics; he objects to acts of state and society against reason. His book Islam and Science: Religious Orthodoxy and the Battle for Rationality explains the source of his trouble with the ideological state of Pakistan. It is not that he hates religion; he objects to acts of irrationality in the name of religion. The two scientists he most admires, Ramanujan and Abdus Salam, were deeply religious.

He protested, however, when Punjab Governor Salmaan Taseer’s own police guard murdered the politician after Taseer defended a Christian woman accused of insulting Islam’s Prophet under Pakistan’s draconian anti-blasphemy law. Having lived under General Ziaul Haq’s Islamic martial law, he was put off by a 1987 conference on “scientific miracles” in which Muslim scientists mixed religious miracle with scientific discovery. Pakistani scientists, encouraged by a funding of Rs. 6,600,000 (half provided by Saudi Arabia), flew off the handle and talked rubbish about science and demeaned the divine writ of the Quran.

Pakistan’s chief scientist, Salim Mehmud, tried to give himself a leg-up by making a hash of the theory of relativity after linking it with the “mairaj” (ascension) of Islam’s Prophet. Another scientist, lucratively employed at The Holy Quran Research Foundation, proposed that taming “jinns could solve the country’s energy-related problems” as the creatures are made of fire. Many others, lured by the limelight, delivered of themselves gems of medieval gibberish in the name of Islamic science.

Hoodbhoy has examined the roots of these ridiculous attitudes among Muslim scientists and come up with a well-researched book about the maltreatment of the scientific principle in Muslim societies. He asked Nobel Prize laureate Abdus Salam to write its preface because the professor had already made a plaintive appeal to the Muslim world to spend money on scientific advancement instead of “conquering” science through dogma.

Hoodbhoy tells us that scientific facts are contingent on reality. They are empirically proven but subject to change upon further discovery. In his view, it is wrong to link the eternal truth of Islam to this evolving understanding of natural phenomena. Science relies on observation and logic whose predictability is not destroyed by the new understanding of quantum physics. For a believer, it is important to separate divine knowledge from empirical fact, but this separation should not impinge on the ferocious Islamic polemic against secularism.

Science in Islam was destroyed because it was never applied enough to involve the common man. Kings often employed scientists, but they were at times killed after the death of their patron. Al-Kindi was lashed 50 times in front of an illiterate approving crowd; Al-Razi was hit on the head with his own book on rationalism till he lost his eyesight; Ibn Sina’s entire life was spent running away from one prince after the other for fear of being killed for heresy; Ibn Khaldun, the great social scientist discovered by the West, was condemned by Taha Hussain as a non-believer pretending to be a Muslim.

In his book, Hoodbhoy quotes Syed Ameer Ali on Islamic thinkers who thought the scientific method anti-Islamic: Al-Ashari, Ibn Hanbal, Al-Ghazali and Ibn Taymiyya. He examines the case made by leading Asharite Imam Ghazali against the study of logic and mathematics and thinks that this was to become the greatest intellectual hurdle against the learning of science. He criticizes contemporary Islamic scholar Hussein Nasr for blaming the sciences for the misdirection of the Muslim mind. His critique of Ziauddin Sardar for introducing the polemic of secularism into the sciences is balanced and fair.

Hoodbhoy steps beyond the pale of anti-scientism in today’s new intellectual trend when he gives statistics about the poverty of science learning in the Muslim world. The gap between India and Pakistan is significant because it goes beyond the argument of population ratios. One has to helplessly concede that where Muslims control societies, the one branch of knowledge that becomes neglected is the sciences. Prof Salam’s advocacy of the pure sciences becomes meaningful when one realizes that professional disciplines far outstrip the disciplines that teach science.

Hoodbhoy is not the only dissenting voice to have been dismissed from the echelons of academia in recent weeks. Author Mohammad Hanif posted on Twitter that he, too, had been let go from Karachi’s Habib University. Similarly, Prof. Ammar Ali Jan, also affiliated with FCCU, has also claimed on the social network that he had been released as visiting faculty over his public activism that was making the varsity “controversial.”

Pervez Hoodbhoy’s book has diagnosed what is happening to the Muslim mind toward the end of the 20th century. This mind is not only producing strange reactions to the sciences in general; it is also trying to tackle the question of governance without separating the state from religious belief. The new coercive order spreading over Muslim society is not political but intellectual. The tragic fact however is that this experiment is too late in the day and quite redundant in the light of what the institution of the state has gone through in Islam’s own history and in other civilizations.

Well Done Pakistan. You are actually making India’s job easier. Please appoint an Islamic scientist who can prove that earth is flat in his place .

Most of pervez’s claims about religion come from his innate bias against Islam, and are, ironically, not based in reality. His de facto job has always been to promote an anti-religion ideology garbed as support for ‘science’. It’s funny that as a *physicist*, and one who talks so much about the supposed ‘anti-science’ behaviour of Muslims, he has written more on politics and religion than on science. His accusations against classical Islamic scholars such as Imam Ghazali have long been debunked.

(I’m sure that this comment won’t be allowed by the moderators, but still giving it a try.)

As a Muslim I find the use of the Quran to prove western theories very troubling especially the mental gymnastics required to accept the links. Also troubling is the way people like Hoodbhoy attach themselves to the ideas of rationality whilst not being rational at all. His debate with Hamza Tzortis proved that. Just arrogance and narcissism.

They want to teach Quran in universities whilst ignoring what the Quran says about what they’re doing in their positions of power. Very strange people.

Religious fanatics and modern education
Pakistani physicist Dr. Hoodbhoy’s dismissal proves once again that there is no place for any enlightened academic or scientist in Pakistan who does not follow the official line of the horrid ignorance that is imposed in the name of Islam. The Islamist right-wingers have the final say what is to be taught in the educational institutions.
Thus ignorant people have a decisive voice in shaping the educational policies of the educational institutions. They decide what a teacher of science or other subjects should say and not say. We have heard and witnessed over the decades that Pakistani ruling elites and exploiters of Islam proclaiming time and again that in Pakistan everything taught should be according to the teachings of the Quran. But the irony is that these people even don’t know this basic fact that the Quran is a sacred book of Muslims, not a guide or manual on physics, chemistry, geology, history, geography or cosmology, etc.