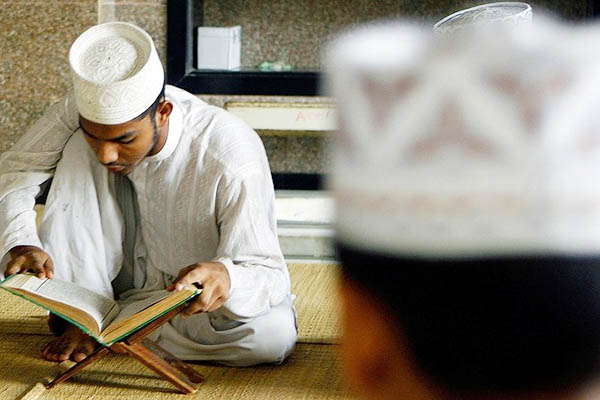 Representatives of the Wafaqul Madaris Al-Arabia Pakistan, which governs madrassas across the country, urged the government on Thursday to allow seminaries to be reopened, claiming they would abide by standard operating procedures prescribed to mosques.

Following a meeting of the education board of madrassas in Mardan, the group issued a statement in which they claimed seminaries were among the worst affected by the lockdowns imposed to curb the spread of COVID-19.

According to the board, religious scholars would be directed to highlight the importance of religious education in Friday sermons—which have already been allowed to resume despite multiple reports of flagrant violations of social distancing guidelines—and would communicate their stance to private schools, political parties, tuition centers and business communities.

“Recommendations for the reopening of the seminaries will be discussed with top religious scholars, leaders of the religious political parties, and administrators of seminaries,” read the statement.

Suggesting that the scholars consider madrassas a “business,” the meeting questioned why economic activities had been allowed to resume but seminaries were still being forced to remain shut. “The seminaries would be reopened on the pattern of SOPs already prescribed by the government to allow imams to open mosques,” the statement added.

Also on Thursday, a spokesperson of the Jamia Binoria Al-Aalmia, a Deobandi Islamic educational institute in Karachi, issued a press statement claiming applications for admission to the next year’s classes would be made available online from June 3.

Mufti Muhammad Naeem claimed a further extension in the lockdown would be “more harmful than coronavirus” because the government has no alternative plan for education. For clarity’s sake, nearly 1,400 people have died from coronavirus in Pakistan thus far; no one has died from being forced to stay at home and not go to school.