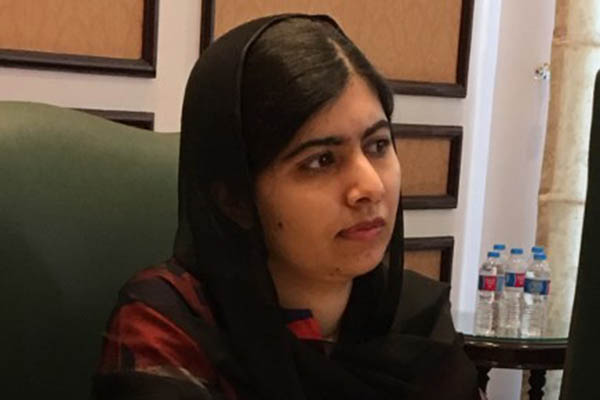 Malala Yousafzai has returned to Pakistan on a five-day tour after leaving the country following a Taliban attack on her in 2012. Her itinerary is being kept under wraps due to security concerns, but it appears unlikely she’ll travel too far out of Islamabad to ensure there is no untoward incident. The 20-year-old is Pakistan’s second Nobel Laureate and much like the first, Dr. Abdus Salam, has been rejected by segments of the country. The same circles that hurl condemnations at Malala support Dr. Aafia Siddiqui, an Al Qaeda agent doing 86 years in an American prison, whose release has also been demanded by the Islamic State terrorist organization.

A girl from picturesque Swat Valley—once visited by the Chinese traveler Hsuan Tsang in search of ancient Buddhist scriptures—Malala won the Nobel Peace Prize in 2014. At 15, Malala, who had openly objected to the Taliban’s policy of destroying girls’ schools, was shot in the head at close range by a Taliban terrorist. The Taliban’s psychopath chief, Mullah Fazlullah, had ordered her execution from his hideout in Afghanistan. Unfortunately, a popular TV channel in Islamabad aired a “morning view” on Oct. 13, 2014, saying Malala’s Nobel was a Great Game conspiracy aimed at Pakistan.

Many Pakistanis abroad have also rejected Malala. They listened to Abu Baraa, a senior member of Shariah4Pakistan, linked to Anjem Choudhary, a British-Pakistani currently in jail for abetting terrorism in association with an Arab cleric Omar Bakri, leader of Al Muhajiroun, now ousted from the U.K. Choudary was also linked to the Britain-based al-Ghurabaa, whose Pakistani leader was then hiding in Karachi as a part of the plot that killed Daniel Pearl. Abu Baraa said from London: “There will be a fatwa issued regarding Malala Yousafzai, taking into account the full story of her injury, including her public statements in support of the occupying U.S. army in the region and mocking of key symbols of Islam such as hijab and jihad.” Back in Pakistan, the government of Khyber-Pakhtunkhwa banned Malala’s book from the premises of Peshawar University. Many schools continue to demand her book remains banned. The loud voices against her may not outnumber the ones in her favor; but their volume ensures that Islamabad will not be able to fete the young activist to the extent she deserves for many years to come.