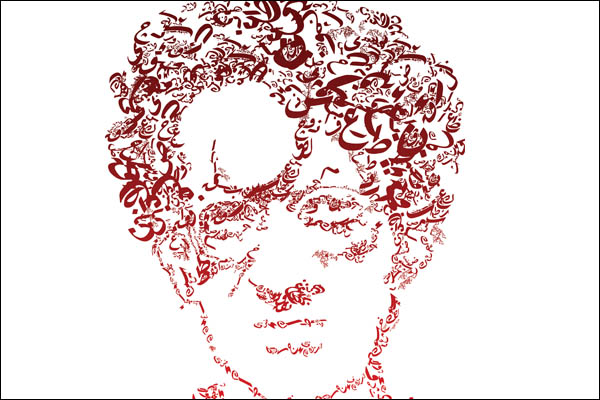 Authors and historians recall the writings that made them fans of the celebrated Urdu-language writer.

Considered by many as the greatest Urdu-language writer of the 20th century, Saadat Hasan Manto published 22 collections of short stories, one novel, and several collections of essays and plays during the course of a 21-year-long career.

The celebrated playwright and journalist, who died on Jan. 18, 1955, at 42, is remembered for his no-holds-barred views on perennial social issues, from patriotism to prostitution and everything in between. To commemorate Manto’s 102nd birth anniversary, Newsweek spoke with prominent writers and historians about the renowned author and asked them to identify their favorite works from his substantial bibliography. Here are their personal picks for the best of Manto’s writings.

I have several favorite Manto short stories and it is difficult to name [just] one. If I had to, I would probably say Niya Qanun because it poignantly captures the anti-colonialism of ordinary Indians against British repression and racism. But if I have to choose my all-time favorite Manto work [that is not a short story], I would, as an historian, have to put his Letters to Uncle Sam above all others. Prescient and witty, the letters provide outstanding insights into the thinking of ordinary Pakistanis as they watched their leadership tie the proverbial knot with the United States during the Cold War.

The two stories that are stuck most in my mind are Khol Do and Bu. I remember Khol Do simply knocking me off my feet. That’s the story that, for me, encapsulates the Lahore of Partition. I’ve never been able to forget that story because we’ve all heard the numbers and everything else but that story had an emotional impact that was devastating. As far as Bu is concerned—it was atmospheric, visceral, sexual and honest. Reading this story in Zia’s Lahore in the 1980s—which seemed like a place where nothing like that could possibly be written—Bu tore open a space in writing and imagining about that place. When I was writing Moth Smoke in 1993, Manto’s Bu wasn’t just an inspiration but also a revelation that this kind of writing is possible from here.

I find it impossible to mention just one story. So much has been said about Manto, that there is little more to add. All I can say is that when I remembered him again recently, and rediscovered the beauty in his writing, it was as if a new life had been given to his works.

My favorite story is Khol Do. Manto was not exactly an inspiration for my writing but Khol Do was a story that had a tremendous impact on me. It chilled me to the bone. I have so many favorite stories of Manto but the maximum amount of impact was from Khol Do. It’s one of those stories that simply take your breath away.

Urdu has been extremely ornate from the classical period, but when you read Manto, you feel as if somebody is speaking to you. Some of his stories have become highly symbolic of our civilization, for instance, Toba Tek Singh, which talks about a mental hospital where the patients couldn’t decide whether they wanted to go to India or Pakistan [at Partition]. He also touched on very intimate subjects, like the attraction of a rich man for a maidservant in Bu. Then there are very short ones like Mutri, which is where people go and urinate, and he just writes about what is written on the walls there. Again, it’s an observation of Partition. Then there’s the classic, Kali Shalwar, in which he delves into the profession of prostitution. There was a lot of sympathy in him [for the common man].

Thanks for the coverage of a writer whose work is more or less a slap on the face of hypocrites. People who keep their dirt under the carpet and display cleanliness.

I am sure nobody can do justice to Manto’s body of works by just picking only one short story. He was all time great writer. A god of short story writing.He dealt with the social subjects, and the plagues of humanity. One could feel the passion with which he dealt different social issue which were off limit even for discussion.

Kali Shalwar, Thanda Ghost, KHol do, Kitab Ka Khalsa, and Bu are the best of the best writings of Manto. Most of the historians, and authors have picked Khol do as the best short story I think it is the best for many reasons. It symbolically represent the animal in us.It evokes the passionate feelings against the barbaric act.