Home Business Renault to Open Plant in Pakistan by 2018

Renault to Open Plant in Pakistan by 2018 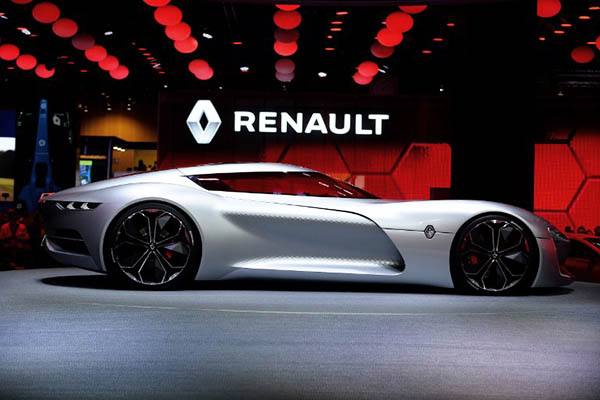 French carmaker Renault is set to break into Pakistan’s rapidly growing car market with a manufacturing plant to open there by 2018, the government announced on Thursday.

Pakistan’s car market has for decades been dominated by Japan’s Suzuki, Toyota and Honda who have been accused of colluding to fix prices for lower-quality versions of their models. “Renault has decided to invest in Pakistan. They will start assembling cars in Pakistan by 2018,” the country’s Board of Investment said in a statement.

Board chairman Miftah Ismail had been in talks with Volkswagen, Peugeot, Renault, Fiat and Nissan, the statement said. In September the chairman took Finance Minister Ishaq Dar to France, where he persuaded Renault to invest in Pakistan. Renault confirmed the development on Twitter, describing an “exclusive nego[tiation] to develop our brand in Pakistan, incl. a manufacturing plant.”

“Groupe Renault confirms it has entered into exclusive negotiations with Ghandhara and Al Futtaim Groups to develop the Renault brand in Pakistan, including a manufacturing plant on the Ghandara site in Karachi,” Renault told AFP.

Since coming to power in 2013, Prime Minister Nawaz Sharif’s government has been wooing new players into the car manufacturing sector due to rising demand. Customers in the South Asian nation of 200 million people have to wait up to four months for a new car after making a full payment because demand outstrips supply—as economic growth reaches its fastest pace since 2008.

The government announced in March that foreign carmakers seeking to enter the market could import machinery for their plants duty-free, in an attempt to boost competition and cut prices for local drivers.

Last year a delegation from Volkswagen visited the country but the German auto giant has not yet announced plans to build a local factory.

What if someone wants a an antique car, how can that be imported?