Home Latest News Report Alleges U.S., Pakistan ‘Nearing’ Accord on Use of Airspace for Ops in Afghanistan

Report Alleges U.S., Pakistan ‘Nearing’ Accord on Use of Airspace for Ops in Afghanistan 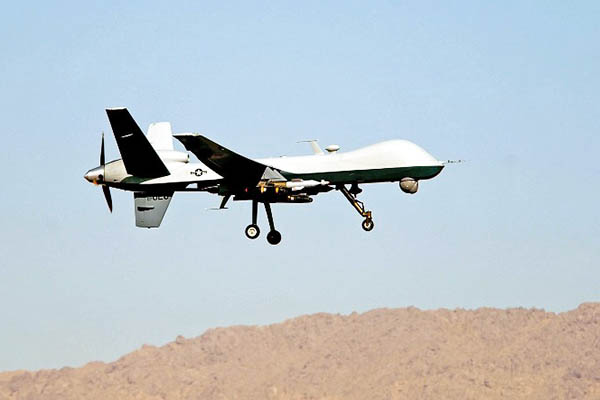 Foreign Office issues rebuttal saying ‘no such understanding’ is in place

The U.S. is “nearing” a formalized agreement with Pakistan to use its airspace for conducting military and intelligence operations in Afghanistan, broadcaster CNN reported on Saturday.

Citing a classified briefing to members of Congress a day earlier, it said that Pakistan had expressed a desire to sign a Memorandum of Understanding in exchange for assistance with its own counter-terrorism efforts as well as help in managing Islamabad’s relationship with India.

In a brief rebuttal to the report, Pakistan’s Foreign Office merely said “no such understanding was in place”, adding that “Pakistan and the U.S. have longstanding cooperation on regional security and counter-terrorism and the two sides remain engaged in regular consultations.” However, this does not clarify whether a deal is in consideration; only that it has not yet been finalized.

This was also emphasized in the CNN report, which noted that “negotiations are ongoing … and the terms of the agreement, which has not been finalized, could still change.”

Following its exit from Afghanistan on Aug. 31, the U.S. no longer has any military presence in Afghanistan, leaving it with few options apart from utilizing Pakistan’s airspace for intelligence-gathering efforts. However, noted CNN, there is no formal agreement in place to ensure continued U.S. access to the critical air corridor.

“The air corridor through Pakistan to Afghanistan may become even more critical if and when the U.S. resumes flights into Kabul to fly out American citizens and others who remain in the country,” it said, adding that discussions on the proposed agreement had taken place when U.S. officials visited Pakistan, but it was still unclear what Pakistan wanted or how much the U.S. was willing to give in return.

“With no formal agreement currently in place, the U.S. runs the risk of Pakistan refusing entry to U.S. military aircraft and drones en route to Afghanistan,” it added.

According to the CNN report, Tajikistan and Uzbekistan are emerging as alternates for the U.S. military to conduct over-the-horizon operations in Afghanistan. However, their involvement is complicated because of opposition by Russian President Vladimir Putin, who wields strong influence over the central Asian states. It said that currently the U.S. conducts over-the-horizon operations from its bases in Middle East countries such as the U.A.E. and Qatar. However, this raises the flight time significantly, making it harder to gather intelligence.

While no deal exists as yet, if it were to be finalized, it would be in direct opposition to Prime Minister Imran Khan’s vows to never again allow the U.S. access to military bases in Pakistan. “Will you allow the American government to have the CIA here in Pakistan to conduct cross border counter-terrorism missions against Al Qaeda, ISIS and the Taliban?” Journalist Jonathan Swan had asked the premier in June. “Absolutely not,” Khan had responded. “There’s no way we’re going to allow any bases or any sort of action from Pakistani territory into Afghanistan. Absolutely not,” he added.