Reprieve for India-administered Kashmir in Ramzan 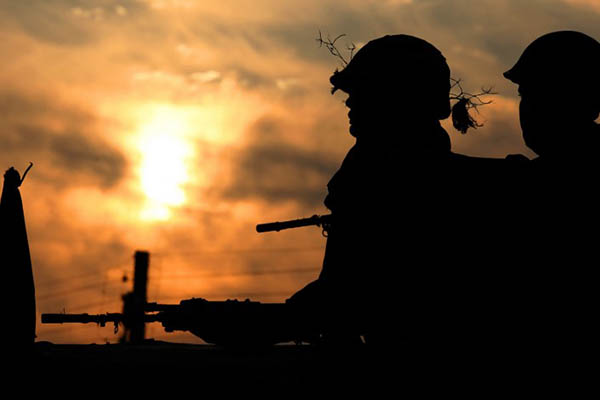 Military operations against alleged rebels in India-administered Kashmir were suspended on Wednesday in a rare gesture for the Muslim holy month of Ramzan.

The nearly 30-day halt is the first of its kind in India-administered Kashmir for nearly two decades, and follows an escalation of violence in recent months in the Muslim-majority Himalayan region.

India has 500,000 troops in Kashmir, which is divided between India and Pakistan and claimed by both.

Home Minister Rajnath Singh said the suspension was to allow a peaceful month of fasting, beginning on Friday. The decision means Indian troops will stop the pursuit of militants and door-to-door house searches—but they will still retaliate if attacked, officials said.

In a statement, Singh sought the cooperation of “everyone” in the initiative but did not make a direct call for militants to suspend hostilities.

There was no immediate response from Hizbul Mujahideen, the largest militant group active in Kashmir, but the Pakistan-based Lashkar-e-Taiba (LeT) militant group outright rejected the truce offer. “We are in favor of negotiations but the talks of negotiations in presence of armed occupational forces in the region are lies,” a LeT spokesman said in a statement to a Kashmir-based news agency.

Indian authorities and the Hizbul Mujahideen, whose militants are all from Kashmir, briefly ceased fighting in 2000. However, the three-decade-old conflict has never shown any serious sign of ending.

Violence escalated after Indian troops killed a top militant commander in a 2016 gunfight that led to months of street protests in which scores of demonstrators were killed. Dozens of young men have since joined militant groups and there are now almost-daily gunfights between armed rebels and Indian soldiers.

More than 70 militants have been killed this year in dozens of gunfights and more than 30 civilians have also died.

Chief Minister Mehbooba Mufti, who runs the Kashmir government in an alliance with Prime Minister Narendra Modi’s Bharatiya Janata Party, expressed hope that the decision “will create a peaceful and amicable environment for sustained dialogue.”

Kashmir has been divided between India and Pakistan since the end of British rule in 1947. They have fought two wars over the disputed territory.

Rebel groups seek independence or a merger of the territory with Pakistan. India accuses Pakistan of arming the rebels, but Islamabad says it only gives diplomatic and moral support.

Six civilians were shot dead by government forces in protests over the killing of five militants on May 7, promoting Mufti to appeal for a unilateral ceasefire.

India’s defense minister and several of Modi’s party colleagues have rejected the ceasefire call, saying it will allow militants to reorganize.