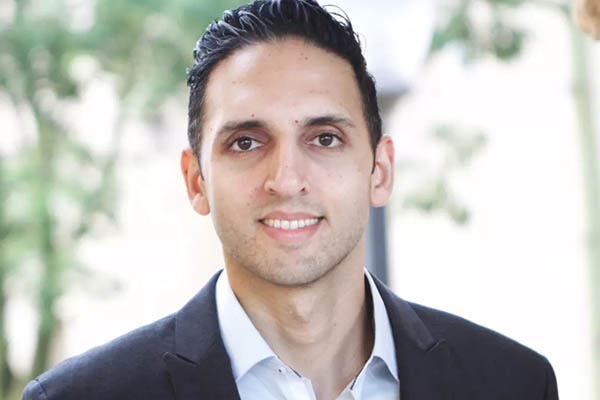 Omar Qudrat denies any contradiction in his being both a Muslim and a Republican in the era of President Donald Trump. In fact, he is so convinced that his party is still one of diversity, despite the president’s rhetoric, that he is running for Congress in California’s 52nd District on a Republican ticket.

“I’m American, period. I was born and raised in this country,” said Qudrat, whose parent were immigrants from Afghanistan. “We have a very diverse party. We just don’t talk about it and make it like the number one talking point about us,” he said. “I was endorsed by numerous sitting senior members of Congress and it had nothing to do with my ethnicity and religion.”

The reality is, however, that if he wins his race, the 37-year-old would be the first Muslim Republican to take a seat in Congress. There are currently two Muslims in the House of Representatives—Keith Ellison and Andre Carson. Both are Democrats. But the label barely matters for Qudrat. “My run for Congress has to do with reality. And real issues,” he said, dismissing what he called “identity politics.”

“I don’t think that ethnicity is a qualification,” he said.

That is why he did not rush to denounce Trump’s ban on people from a number of Muslim-majority countries from entering the country, instead arguing that as former Defense Department worker, he was aware of national security issues.

At the same time, he avoids talking about scandal-plagued fellow California Republican Duncan Hunter, who is running against a Democrat of mixed Palestinian and Mexican heritage and who has warned that “radical Muslims are trying to infiltrate the U.S. government,” even though his opponent is a Christian. “I’ve got to talk about the issues in my district and that’s it,” said Qudrat.

Qudrat grew up in a violent neighborhood of Los Angeles, where gangs ruled the streets and shoot-outs were common. He was in the fifth grade when a gang tried to recruit him for the first time, and a year later he was offered a gun for sale: a 25mm pistol for $25.

“I’ll tell you why I am Republican,” he recently told a gathering of students organized by the University of San Diego. “I don’t believe in government, I believe in people.” He blames the Democrats for “not delivering” and making “false promises,” something he attributes to his Democrat rival Scott Peters, whom he is currently trailing in polls.

Qudrat learned from his parents—big supporters of Ronald Reagan, who armed Afghanistan’s mujahideen to fight the Soviet occupation—to have “belief in yourself and self determination.”

“And that matched more with the Republican political philosophy,” said the young candidate, who says he has never felt discriminated against in the United States.

Ten years after the 9/11 terror attacks, Qudrat, who speaks fluent Dari and has degrees in law and international relations, worked for the Department of Defense in Afghanistan, trying to improve the country’s judicial system. He then worked for the military prosecutor’s office processing detainees in the Guantanamo Bay prison.

He thinks the United States has to “end the war in Afghanistan and do so in a responsible manner that will ensure Afghanistan does not again become a safe haven for terrorist networks that can plot and attack us with impunity.” If he does win his seat, he hopes to use his experience in Congress’s committees on the armed forces and foreign relations.

Qudrat—who is pro-life and favors tax cuts for the middle classes—said Trump could do more to unite Americans, but at the same time he defends his economic record. “President Trump evokes feelings among some people that really caused them to oppose him,” he said. “Do you want to derail the progress that’s being made right now?” he argues, citing low unemployment, especially among minority groups, and rising wages among blue collar workers. “There are real lives that are improving,” he said. “I have to support that.”

He agrees with the president on the need to improve border security, but has avoided commenting on whether he supports his plan for a wall on the Mexico border. He also supports a legislative solution for the so-called “dreamers,” children of migrant parents who entered the country without documentation and who now may face deportation themselves, despite having lived in the United States their whole lives.

“I do not believe a two-year-old or a three-year-old could have had criminal intent when they were brought involuntarily into our country,” he said. “Therefore we should not treat them as criminals,” he said. “They are otherwise American in every way except for their legal status.”

“America is the most generous, compassionate nation on earth,” he said. But, he noted, “we have laws.”

Why is a Pakistani news source concerned with a US election?