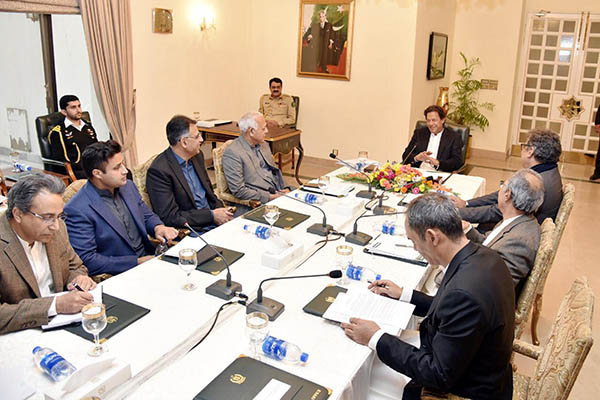 Prime Minister Imran Khan on Friday said revival of the beleaguered Pakistan International Airlines (PIA) to make it a profitable entity remained among the top priorities of the Pakistan Tehreek-e-Insaf-led government.

Expressing satisfaction over ongoing reforms in the operations of the national flag carrier during a meeting on the affairs of the Aviation Division at the P.M. Office in Islamabad, Khan reviewed the benefits of recently introduced reforms in PIA and improved administration of the country’s airports.

PIA Chairman Air Marshal Arshad Mahmood informed the meeting about the benefits of the ongoing reforms process. He said in addition to increasing PIA’s regular flights by 48, two new aircrafts had been included in the organization’s fleet. A considerable decrease in the monthly losses of PIA has also been achieved, he added, noting the administration hoped to bring further improvement in PIA’s performance and make it a profitable body.

The meeting also reviewed progress in implementation of decisions regarding better administration of Pakistan’s airports and the provision of international standard facilities to passengers.

Imran Khan taking-off a pride on PIA flight , Thanks Allah