Home Culture Ric Ocasek, frontman of The Cars, Dies at 75

Ric Ocasek, frontman of The Cars, Dies at 75 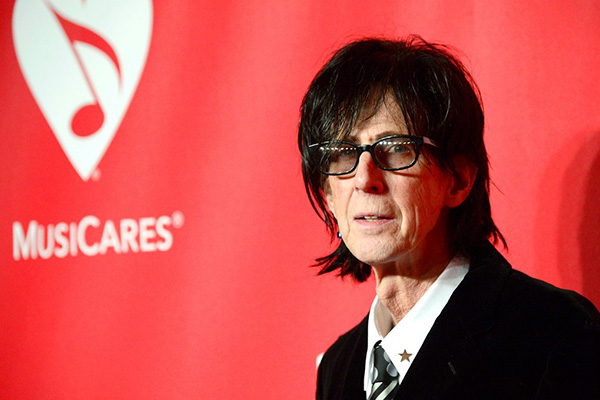 U.S. media reports Ocasek was found dead in Manhattan and there were no signs of foul play

Ric Ocasek, the frontman of synth-heavy new wave innovators The Cars, was found dead on Sunday in New York, police said. He was 75 years old.

The New York Police Department told AFP they had received a call at approximately 4:00 p.m. for an unconscious male at a townhouse in Manhattan. He was pronounced dead at the scene, police said, and the body was identified as Ocasek.

There were no signs of foul play, according to U.S. media.

Under the leadership of the singer-songwriter and rhythm guitarist, The Cars brought the quirky electronic effects of new wave to classically structured, synthesizer-heavy pop songs, generating a string of hits such as “You Might Think,” “Shake It Up,” and “Drive” in the 1980s.

They were among the early regulars on MTV, winning the Video of the Year award for “You Might Think” at the first Video Music Awards in 1984.

Born Richard Theodore Otcasek on March 23, 1944 in Baltimore, Maryland, the artist moved to Cleveland, Ohio with his family as a teenager. There, the lanky artist with his signature dark chin-length bob met Benjamin Orr, who would go on to be The Cars’ bassist, and the duo began playing the local bar and club circuit.

They moved to Boston in the early 1970s, founding The Cars in 1976 after adding Elliot Easton on guitar, Greg Hawkes on keyboards and David Robinson on drums. The band found widespread appeal, satisfying punk rock gurus and poppier tastes alike with hook-savvy hits that unified art rock influences like Lou Reed and David Bowie with more modern new wave melodicism.

“The stylistic synthesis the band has effected so brilliantly should be around for a long time,” wrote New York Times music critic Robert Palmer in 1978. “They have taken some important but disparate contemporary trends—punk minimalism, the labyrinthine synthesizer and guitar textures of art rock, the 50s rockabilly revival and the melodious terseness of power pop—and mixed them into personal and annealing blend.”

The group broke up in the late 1980s, however, and Ocasek began releasing solo work as well as working as a record executive and producing for a number of bands including Weezer and No Doubt. “The Weezer family is devastated by the loss of our friend and mentor Ric Ocasek,” the California rock band tweeted after news of his death broke. “We will miss him forever, & will forever cherish the precious times we got to work and hang out with him.”

In 2011, the surviving members of The Cars—Orr died in 2000—reunited and released their final album, Move Like This, and briefly toured. “Ben and I had a real cold war going that lasted about 23 years. I could never really figure out exactly why, but I think there was a lot of jealousy because I wrote the songs and I got a lot of attention,” Ocasek told The New York Times Magazine in 2011, though he said the grudge had faded by the time Orr passed.

The performer married three times and had six sons. His third wife, model and actress Paulina Porizkova, had announced the pair’s split on Instagram in 2018. That year the band was inducted into the Rock and Roll Hall of Fame along with Bon Jovi, the Moody Blues, Dire Straits, Nina Simone and Sister Rosetta Tharpe.

The group’s polished hooks remained underpinned by moody, disaffected lyrics that gave their pop rock a jagged twist, and into his later years, Ocasek remained firmly committed to that vision. “To me, music’s a powerful emotional force. It can make people cry, feel happy or feel sexual,” Ocasek told Rolling Stone in an interview published in 1980. “But more important than all of that, it’s a way to communicate without alienating people, a way to get beyond loneliness. It’s a private thing people can have for themselves any time they want. Just turn on a radio and there it is: a sense of belonging. Without having to surrender to anybody else’s needs.”