Rickshaw Bomb Kills One in Karachi 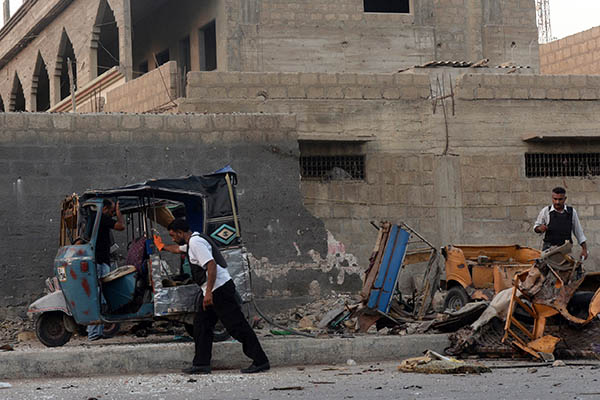 Police inspect the site of the explosion. Asif Hassan—AFP

A bomb carried on a rickshaw killed one person and wounded four others in Karachi on Thursday, police said.

The bomb exploded near a mosque in a densely populated Orangi town neighborhood, according to a senior police official. “One person has been killed and four wounded in the blast,” Sajid Sadozai said.

Sadozai said bomb disposal experts were examining the site to ascertain whether the bomb was planted in the rickshaw or if passengers were carrying the explosive.

A second senior police official confirmed the blast, adding that it did not appear to be linked to protests against the arrest of MQM chief Altaf Hussain.

The exiled leader was arrested in London on Tuesday on suspicion of money laundering. Since then thousands have staged a sit-in in Karachi calling for his release, and his arrest has sparked fears of a major backlash in the port city.