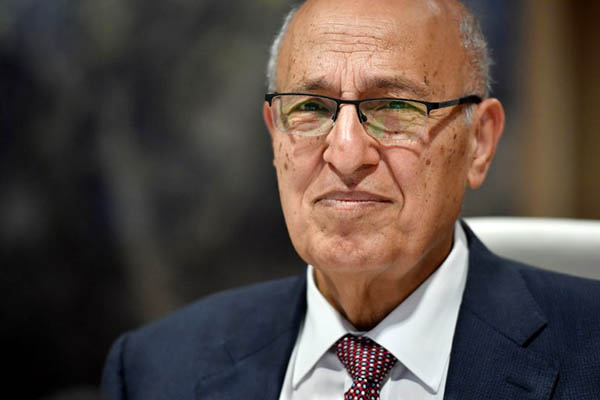 A senior Palestinian official said on Monday it would be “utterly ridiculous” if Donald Trump did not commit to the two-state solution, ahead of a meeting between the U.S. president and Mahmud Abbas.

Trump is due to meet Abbas on Wednesday before the Palestinian president’s address to the United Nations General Assembly the same day. The U.S. leader has been seeking to restart peace talks between Israel and the Palestinians, in search of what he has labeled the “ultimate deal.”

But Palestinian officials have grown increasingly frustrated at the failure of Trump’s team to commit to the two-state solution, the focus of international diplomacy since at least the early 1990s. Members of Israeli Prime Minister Benjamin Netanyahu’s government openly oppose a two-state solution, while the premier himself has indicated in recent months that he plans no “uprooting” of settlements in the occupied West Bank.

“It would be utterly ridiculous if Mr. Trump doesn’t eventually say that,” Nabil Shaath, a senior Abbas adviser, told journalists in Ramallah when asked about the two-state solution. “What the hell are we negotiating? We are negotiating a diplomatic accord between Abu Mazen and Mr. Netanyahu where they can meet each other? No,” he added, referring to Abbas by his Arabic nickname.

Trump’s aides—led by his Middle East envoy and son-in-law Jared Kushner and senior international negotiations aide Jason Greenblatt—have been ferrying between leaders from the two sides in recent months. But Shaath said he was not optimistic that the meeting between Abbas and Trump would lead to significant shifts.

“I don’t know if Mr. Trump has much to say. Already his delegation that was here, Mr. Kushner and Mr. Greenblatt, has requested a waiting period of three to four months before Mr. Trump is ready with a formulation to get the peace process started. So it is a courtesy meeting of political importance.”