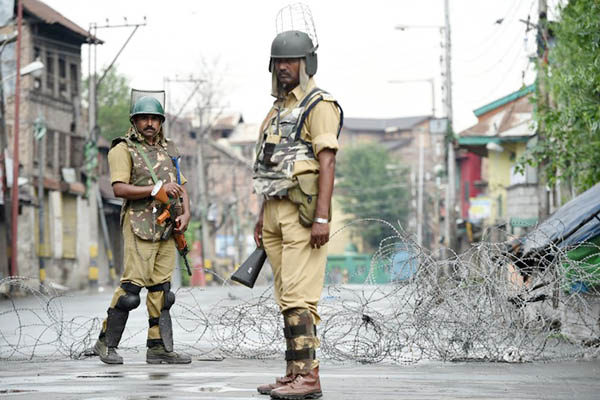 Tens of thousands of people in India-Occupied Kashmir have been subjected to torture in the past three decades, according to a report released on Monday by two prominent human rights groups, which called for a U.N. investigation.

The report said at least 40 people in 432 case studies researched died “as a result of injuries received during torture.” The Indian government declined to make an immediate comment on the claims by the Association of Parents of Disappeared Persons and the Jammu Kashmir Coalition of Civil Society. Officials said authorities would study the allegations first.

Kashmir is marking the 30th anniversary of an uprising which has left tens of thousands dead, mainly civilians. The Muslim majority Himalayan region has been divided between Pakistani and Indian sectors since their independence in 1947 and both claim it in full.

Kashmir civilians have been systematically tortured by the Indian state to curb dissent, said the report titled: “Torture: Indian State’s Instrument of Control in Indian Administered Jammu and Kashmir.”

While past scandals involving U.S. prisons at Guantanamo Bay and Abu Ghraib in Iraq had received international attention, “torture remains hidden in Jammu and Kashmir, where tens of thousands of civilians have been subjected to it,” said a statement issued by the groups. The report said the 432 individuals investigated had been subjected to waterboarding, beatings with iron rods and leather belts and electric shocks to the genitals.

It said the latest death was in March when a school principal, Rizwan Pandith, died while being held by a police special counter-insurgency group. Police alleged the 29-year-old died while “he was trying to escape from police custody,” the report said.

The rights groups called for an international investigation led by the U.N. High Commissioner for Human Rights. They urged India to ratify the U.N. Convention Against Torture. Indian governments have for decades denied access to Kashmir for U.N. investigators.

Juan Mendez, a U.N. special rapporteur on torture from 2010 to 2016, said he made repeated requests for the Indian U.N. mission in Geneva to issue an invitation but got no response.

The report said torture has been used since Kashmir’s division in 1947. The practice “attained an unprecedented magnitude post 1990” after the current insurgency erupted.

A top security official in India-Occupied Kashmir told AFP, speaking on condition of anonymity, that the government would respond only after examining the document.

In 2010, the whistleblower website Wikileaks told how the United States had evidence of torture of civilians in India-Occupied Kashmir following briefings by the International Committee of the Red Cross. In 2018, India rejected the first ever U.N. report on human rights abuses blamed on government forces in Kashmir, calling it “fallacious, tendentious and motivated.”