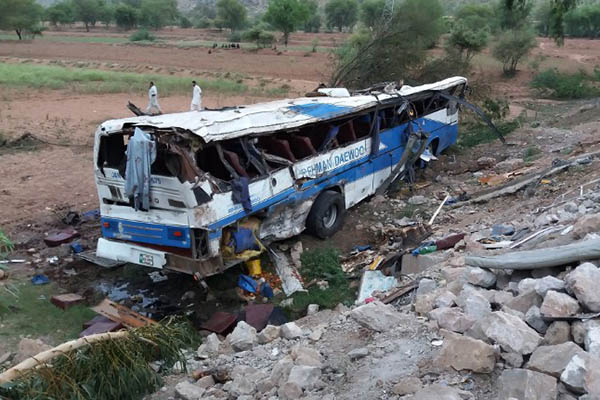 A collision between a passenger bus and an oil tanker killed at least 18 people and wounded 25 others in northwestern Pakistan, police said on Sunday.

The bus was heading to Karachi with about 48 passengers when it collided with the truck near Kohat on Saturday, police official Ijaz Khan told AFP.

The vehicles were traveling toward each other on a single-lane road when they collided, Khan said. Of the 25 people wounded, he added, nine were seriously injured.

Sohail Khalid, the Kohat police chief, also confirmed the incident and the toll.

Police said the tanker was carrying oil when it collided with the bus but the cargo did not catch fire, and are investigating what caused the accident.

Pakistan has one of the world’s worst records for fatal traffic accidents, blamed on poor roads, badly maintained vehicles and reckless driving.