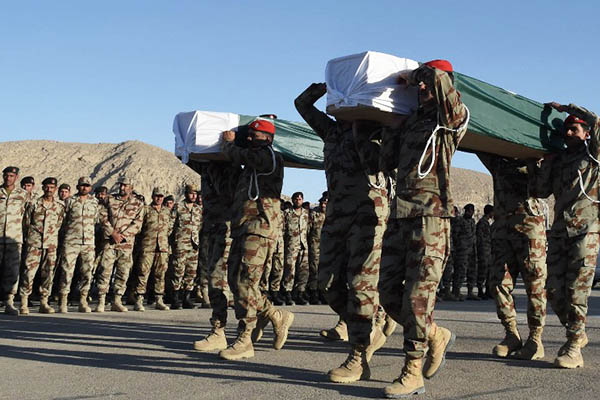 At least six paramilitary soldiers were killed Monday when their vehicle hit a roadside bomb in Balochistan, officials said.

A separatist militant group said it planted the bomb in the Marget area, around 30 kilometers east of the provincial capital Quetta.

“Six paramilitary soldiers have embraced martyrdom and one is injured after their vehicle passed over an IED,” a local security official told AFP.

A spokesman for the paramilitary Frontier Corps confirmed the incident.

“One of the two injured who was in critical condition died at hospital, taking the death toll to six,” said spokesman Manzoor Ahmed.

Thousands of paramilitary troops are deployed in troubled areas of the country to carry out security checks and help police maintain law and order.

The Baloch Liberation Army claimed responsibility for the attack. “We detonated a remote-controlled bomb and then ambushed the security forces personnel,” said group spokesman Meerak Baloch. “This is part of our war against security forces.”

Baloch separatists demanding greater autonomy have been waging an insurgency for years, and the province is also riven by sectarian strife and Islamist violence.