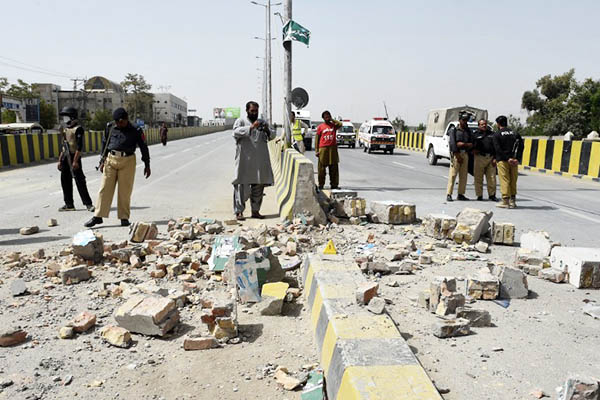 At least 13 people injured in attack that comes days after devastating suicide attack.

A roadside bomb apparently targeting a judge injured at least 13 people in Quetta on Thursday, officials said, days after a major attack killed many of the city’s senior lawyers.

“The bomb was planted on a bridge in the city, which went off immediately after the vehicle of an Islamic court judge passed by it,” said Akbar Harifal, the home secretary of Balochistan province.

Hamid Shakeel, a senior local police official, confirmed the attack and the casualties.

No group immediately claimed responsibility for the attack, which came three days after a devastating suicide bombing at a Quetta hospital killed at least 73 people, many of them senior lawyers.

Analysts said Monday’s attack had left a vacuum in the close-knit legal community, which is seen as a crucial force for justice in the country’s most dangerous province.

Both the Jamaat-ul-Ahrar faction of the Pakistani Taliban and the Islamic State group claimed Monday’s attack, with analysts unclear on whose claim was more credible.