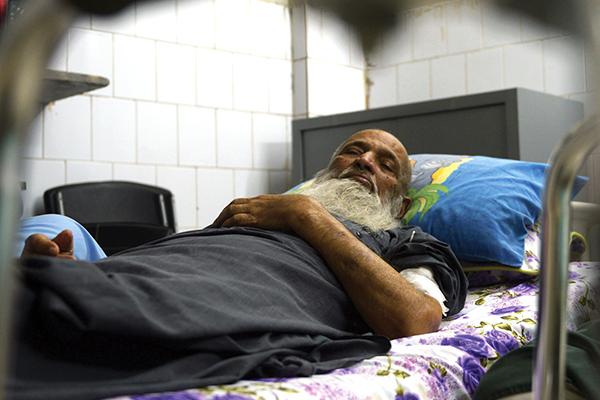 About a week after cynics claimed Abdul Sattar Edhi had been robbed of the Nobel Peace Prize yet again, he was actually robbed. On Oct. 19, eight men broke into Karachi’s Edhi Center, where the world-renowned philanthropist also lives, and made off with gold and Rs. 40 million in cash. Edhi, 86, runs the world’s largest private ambulance service as well as orphanages and shelters across Pakistan. “I am appalled and heartbroken as I had unshakeable confidence that no criminal would ever dream of robbing my charity,” said Edhi. “Anyone would be sad if his reward for 65 years of service is to be robbed.” The crime is shocking because Edhi is widely revered as a living saint. Two years ago, after officials said Edhi was on the Taliban’s hit-list, the militant group made it known that they respected Edhi and would never target him. Police believe the robbery may have been an inside job.