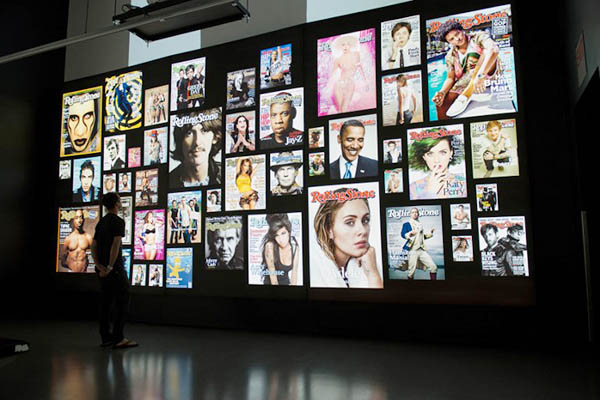 Rolling Stone, the iconic 50-year-old magazine of music and counterculture, is putting itself up for sale amid an increasingly uncertain outlook, its founder said.

Jann Wenner—who started Rolling Stone in 1967 as a hippie student in Berkeley, California and now runs it with his son Gus—told The New York Times that the future looked tough for a family-run publisher.

“There’s a level of ambition that we can’t achieve alone,” Gus Wenner told the newspaper in an interview published late Sunday. “So we are being proactive and want to get ahead of the curve,” he said.

One of the most influential magazines covering rock music, Rolling Stone has also been a home for experimental writers such as the gonzo journalist Hunter S. Thompson. But the magazine’s reputation—and finances—were badly damaged when it retracted a 2014 story about an alleged gang rape at the University of Virginia, with a review finding that Rolling Stone did not undertake basic journalistic procedures to verify the facts.

Rolling Stone last year sold a 49 percent stake to a Singaporean music and technology start-up, BandLab Technologies, which is headed by Kuok Meng Ru, the scion of one of Asia’s richest families. It was not immediately known if Kuok would want to take a controlling stake in Rolling Stone.

The Wenner family earlier this year sold its other two titles—celebrity magazine US Weekly and lifestyle monthly Men’s Journal—to American Media, Inc., a publisher of supermarket tabloids including The National Enquirer.

If American Media, Inc., were interested in Rolling Stone, it would mark a sharp change in owners’ ideologies. The tabloid empire is led by David Pecker, an ardent ally of President Donald Trump, while Rolling Stone tilts strongly to the left and has featured lengthy interviews with Democratic presidents Barack Obama and Bill Clinton.

Jann Wenner, 71, who is also a key force behind the Rock and Roll Hall of Fame, said that he hoped to keep an editorial role at Rolling Stone but that the decision would be up to its new owner.