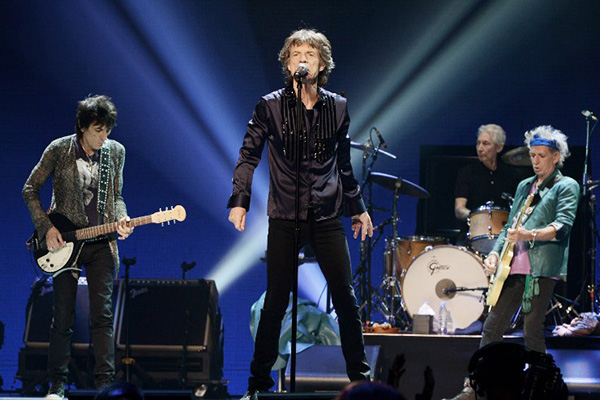 The Rolling Stones will release a new studio album, Blue and Lonesome, on Dec. 2—their first in more than a decade, they announced on Thursday.

The album will feature songs by blues artists such as Howlin’ Wolf, Willie Dixon and Jimmy Reed, said a statement on the legendary band’s website. Guitar legend Eric Clapton features on two of the tracks and the album was recorded over three days in London last December.

“Blue and Lonesome takes the band back to their roots and the passion for blues music which has always been at the heart and soul of The Rolling Stones,” said the statement. The album was produced by long-term Stones producer Don Was and The Glimmer Twins—the pseudonym used by singer Mick Jagger and guitarist Keith Richards.

The Rolling Stones have not released a studio album since 2005’s A Bigger Bang, which featured original material that largely stayed true to the band’s blues rock roots. But the septuagenarian rockers, one of the music business’s highest-grossing acts, have released a series of concert recordings in the past decade.

Richards, 72, has often spoken of his love of blues and its influence on his guitar playing. The blues, born among African Americans in the U.S. South, took on a new life with the Great Migration to industrialized northern cities with added amplification and gradual rock elements.