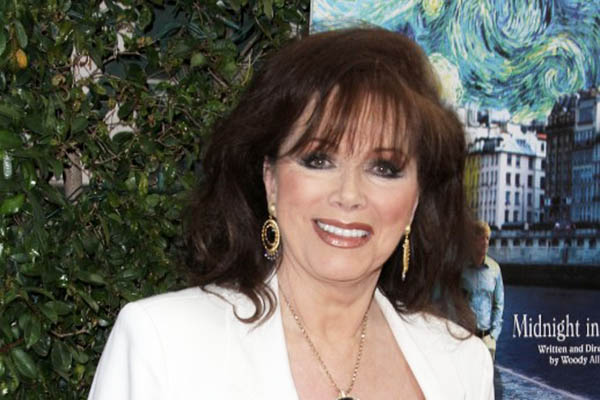 Controversial author died of breast cancer six-and-a-half years after she was diagnosed.

Bestselling romance novelist Jackie Collins, whose first book was so steamy it was banned in some countries, died of breast cancer in California Saturday, her family said. She was 77.

“She lived a wonderfully full life and was adored by her family, friends and the millions of readers who she has been entertaining for over four decades,” her family said in a statement, adding that she had battled breast cancer for more than six years. “She was a true inspiration, a trailblazer for women in fiction and a creative force. She will live on through her characters but we already miss her beyond words,” added the statement from her three daughters, Tracy, Tiffany, and Rory.

Her works included The World is Full of Married Men, Confessions of a Wild Child, The Stud and Hollywood Wives. The first, released in 1968, stirred up so much outrage that it was banned from bookshelves in South Africa and Australia.

British-born Collins, who started out acting before focusing on writing, and her older sister, actress Joan Collins, famously found great success at trading on the Hollywood early-bad girl mystique they had, both on screen and off.

Jackie Collins wrote a series of novels starring main character Lucky Santangelo and many of her works found their way onto TV screens as movies or miniseries.

Joan Collins, 82, told People magazine she was “completely devastated” by the loss of her sister. “She was my best friend,” she told the publication. “I admire how she handled this. She was a wonderful, brave and a beautiful person and I love her.”

People said the prolific author had been diagnosed with end-stage breast cancer six-and-a-half years ago, and “chose to keep her illness almost entirely to herself.”

Joan Collins herself just learned of her sister’s illness “within the last two weeks,” People reported.

“She was very shocked,” Jackie Collins recently told the magazine of Joan’s reaction to the news. “She had no idea. But she was great. We were emotional.”

Jackie Collins had lived in California for years, and was a naturalized U.S. citizen.

Tributes poured in as word spread of her passing. “An amazing woman. Talented. Funny. Kind. One of my very favorite producers ever. She will be deeply missed,” actress Melissa Gilbert tweeted.

TV personality Sharon Osbourne tweeted a picture of herself with Collins, adding that she was “Shocked & devastated at the death of @JackiejCollins. Loved & respected her. Thoughts & prayers go out to her family.”

Fans flocked to her official Facebook page in droves to express their shock and sadness. “RIP Jackie Collins, thanks for all the great reads through the years,” wrote one woman, Cheryl Englehart. “Though I read them at an age that was probably too young, her books helped me to see that there was a larger world out there, an exciting world.”