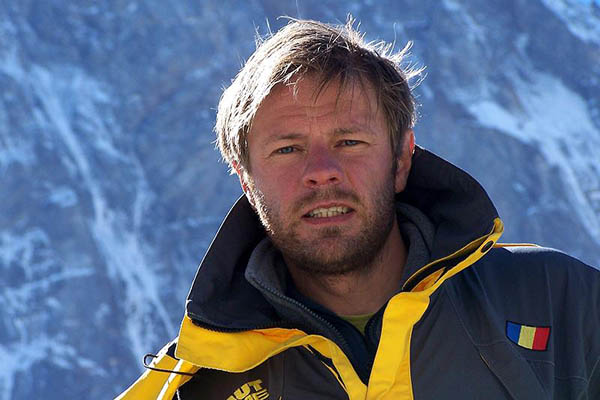 A Romanian mountaineer who scaled Pakistan’s second highest peak despite an Islamist attack on a base camp that killed 10 foreign trekkers has called for more security to protect expeditions.

Zsolt Torok, who was in a group of five Romanian climbers, told journalists in Islamabad that his party pressed on with their expedition despite the June 22 attack claimed by the Taliban.

An American-Chinese climber, two other Chinese, three Ukrainians, two Slovakians, a Lithuanian, a Nepalese and a Pakistani were killed at the foot of Nanga Parbat.

“The news about the killing of foreign climbers shocked us all but we did not give up our mission and Nanga Parbat proved to be a very good experience for us,” Torok told the news conference. He said that his team scaled the peak from the south side, some distance from the western side where the mountaineers were killed. He and three other members of the Romanian team reached the 8,126-meter summit on July 19.

“The expedition involved a lot of preparatory work and money. So it was not easy for us to say that we are scared and going back home,” the 39-year-old told reporters.

The June 22 attack, the worst on foreigners in Pakistan for a decade, was a major blow to foreign trekking expeditions, which provide the last vestige of international tourism in the country.

Arad said that while he had been satisfied with security, he cautioned the authorities to do more to keep expeditions alive. “I would certainly love to come back … Pakistan has very famous and beautiful mountains and beautiful areas,” he told reporters. “Tourism is [a] very important area and there should be more security for foreign tourists in the country.”