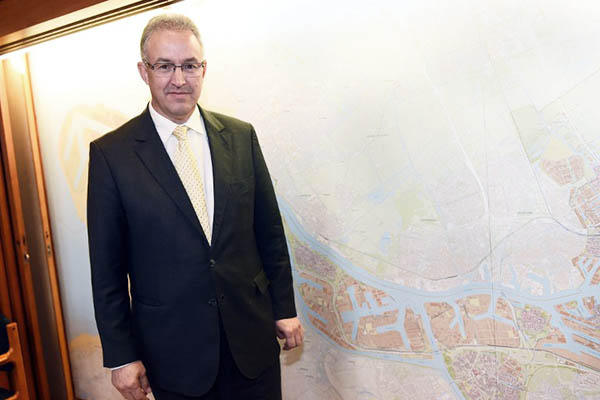 Rotterdam’s outspoken Muslim mayor Ahmed Aboutaleb on Monday called for the “total destruction” of the Islamic State group in the wake of the weekend’s deadly Paris attacks.

“We must completely destroy I.S. These barbaric acts cannot be left alone. It’s clear that I.S. will not negotiate,” Aboutaleb told popular daily Algemeen Dagblad in an interview.

Aboutaleb, 54, already well known in his adopted homeland of the Netherlands, shot to international fame in the wake of the attacks on the French satirical magazine Charlie Hebdo in January. He stunned a live television audience saying Muslims who disliked western culture should “pack their bags” and “fuck off.”

Although the mayor of Europe’s largest port says he passionately defends individuals’ rights to believe in what they want, he has insisted that no one has the right to shatter democracy and use violence to impose their beliefs.

His outspoken stance earlier this year won him wide praise and invitations to the White House and the United Nations General Assembly to meet global leaders grappling with the rise of the I.S. group.

Aboutaleb on Monday called on all moderate Muslims to “make your voices heard and reject all violence.”

But he insisted all people should work together for a solution, not just Muslims.

Aboutaleb, who was born in Morocco and in 2009 became Rotterdam’s mayor said: “The worst thing we can do now is to alienate all Muslims.”