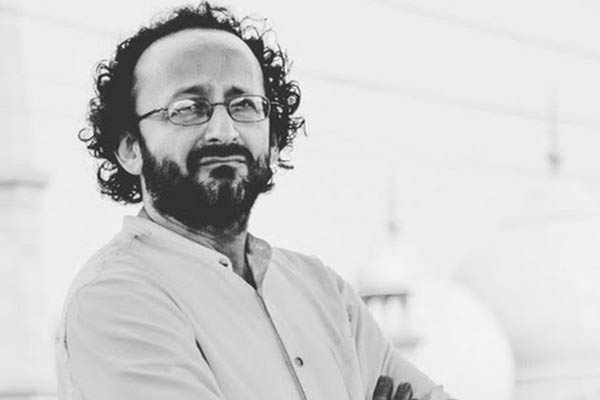 A reporter critical of Pakistan’s Army and intelligence services is being prosecuted for “cyber-terrorism,” global media watchdog Reporters Without Borders (RSF) said on Tuesday, slamming the case for trying to “intimidate” Pakistan’s journalists.

RSF said Shahzeb Jillani, who works for Dunya News and has worked for the BBC and Deutsche Welle in the past, faces charges under a controversial electronic crimes act and two criminal code provisions. The charges include “defamatory remarks against the respected institutions of Pakistan” and “cyber-terrorism,” the watchdog said, calling on a Karachi court to dismiss the charges.

“Pakistan’s authorities are yet again manipulating the laws in order to silence a journalist who dared to cross a red line by criticizing certain institutions,” said Daniel Bastard, the head of RSF’s Asia-Pacific desk. “It is shocking to see how, little by little, case by case, the Pakistani security agencies are tightening their vice in order to intimidate the entire media profession into censoring themselves.”

Criticism of Pakistan’s security establishment has long been seen as a red line for the country’s media, with journalists and bloggers complaining of intimidation tactics including kidnappings, beatings, and even killings if they cross that line.

Self-censorship is rife, and the Committee to Protect Journalists said the Army had “quietly but effectively set restrictions on reporting” in a report released September last year.

The complaint against Jillani accuses him of making “audacious remarks against invisible security forces of Pakistan” during a 2017 Dunya television appearance, and making similar comments in 2019. The initial police report into the complaint, seen by AFP, notes that in investigating the claim it was also revealed that Jillani had tweeted “sarcastic, derogatory, disrespectful and defamatory language” against Pakistan and institutions including the military and Army chief. The report said the tweet was tantamount to creating a “sense of fear, panic, insecurity in the Government institutions, general public, and Society.”

Jillani appeared in court in Karachi on Wednesday morning. His interim bail has been extended to April 24, the next date of hearing in his case.

“We are already exercising self-censorship but the invisible red lines are getting narrower day by day,” Jillani told AFP.

The Karachi Union of Journalists (KUJ) in a statement also condemned the case against Jillani, saying the laws have been “coercive and controversial” and against free speech, calling for them to be replaced.

Journalists should create perceptions in favour of Pakistan as so many good things are being done here. All countries watch their national interest and don’t let anything appear on media against well thought policies.