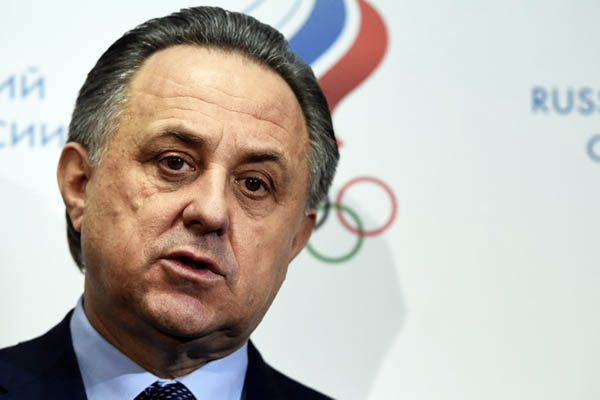 Russian sports minister Vitaly Mutko apologized on Sunday for the doping scandal that threatens the athletic superpower’s participation in the Rio Olympics.

Mutko, writing in The Sunday Times, admitted the Russian Athletics Federation and athletes had made “serious mistakes” breaking anti-doping rules. He said “they had rejected the principle of fair-play so fundamental to sport for immediate benefits. Let us be clear. We are ashamed of them.”

Mutko’s mea culpa comes just three days after he described as “absurd” allegations that Russian athletes were involved in systematic doping at the 2014 Sochi Olympics. A report in The New York Times based on information from the former head of Russia’s anti-doping laboratory claimed that dozens of athletes including 15 medalists were involved.

Russian athletics faces a battle to compete at the Olympics in Rio in August.

The sport’s ruling body the IAAF provisionally suspended the Russian athletics federation in November over a bombshell report by a World Anti-Doping Agency (WADA) independent commission alleging state-sponsored doping and mass corruption in the sport.

The International Association of Athletics Federations will examine the issue of Russia’s participation in Rio at an extraordinary Council meeting next month.

Mukto told The Sunday Times: “We are very sorry that athletes who tried to deceive us, and the world, were not caught sooner. We are very sorry because Russia is committed to upholding the highest standards in sport and is opposed to anything that threatens the Olympic values.”

He insisted that since the scandal emerged Russia was putting her house in order. “Since Russia was suspended last November, with RUSADA, the Moscow laboratory and the ARAF all losing their WADA status, we have agreed a road-map with WADA aimed at restructuring these organizations, taking a series of steps to demonstrate how committed we are to ensuring that sport in our country is clean and fair.”

Mutko listed some of the new measures designed to ensure his country’s appearance in Rio. “Before the Rio Games begin, our aspiring Olympians will undergo a minimum of three anti-doping controls carried out by the IAAF—in addition to any testing that they receive in all qualifying competitions. In addition, two international experts are now based in Moscow to supervise all activities of our anti-doping agency.”

He said U.K. Anti-Doping (UKAD) had been appointed by WADA to take charge of drug-testing in Russia, although UKAD said on Friday it was reviewing its position after the Sochi revelations. Mutko said “key changes” had been made at the top of the All-Russia Athletics Federations to give the sport “a fresh start.”

“We will do everything humanly possible to ensure our athletes are a part of clean, fair and enthralling Games,” he pleaded ahead of the IAAF’s crunch meeting to determine Russia’s Rio fate on June 17.