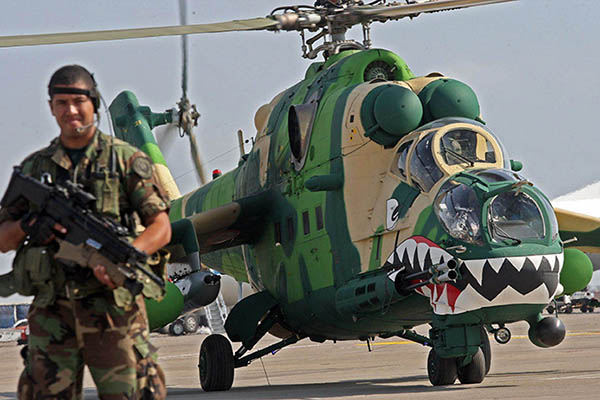 Moscow is reportedly negotiating with Islamabad to supply combat helicopters to Pakistan.

Russia has lifted its embargo on arms supplies to Pakistan and is holding talks on supplying Islamabad with combat helicopters, the head of state-owned Rostec, Sergei Chemezov, said Monday, the ITAR-TASS news agency reported.

“Such a decision has been taken. We are holding talks on supplying the helicopters,” Chemezov said, adding that the negotiations were about Russian Mi-35 Hind attack helicopters.

Russia has long been the largest supplier of arms to India, which is the world’s top arms buyer. But Moscow’s move to supply Islamabad came as New Delhi is seeking to modernize its armed forces’ ageing hardware and has recently chosen to buy arms from Israel, France, Britain and the United States.

Leading Russian defense commentator Pavel Felgenhauer said the lifting of the embargo that had been in force since the Soviet era marked a sea change in Russian policy on arms sales, which until now have been focused on India amid difficult relations between New Delhi and Islamabad. “This is an important, key change in Russian policy in the region,” he said.

“The sale of arms to Pakistan will abruptly worsen our relations with India, the main buyer of our arms … This risks dismantling our cooperation with India,” Felgenhauer added.