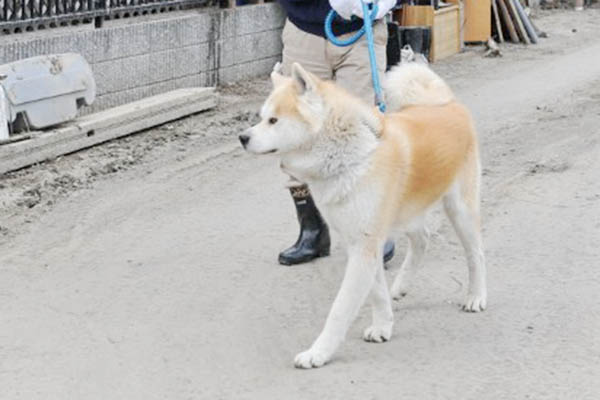 Tokyo’s attempt to gift Vladimir Putin a male Akita to join a pet from four years earlier rejected by Moscow.

Russia has turned down Tokyo’s latest attempt at dog diplomacy ahead of a summit between President Vladimir Putin and Prime Minister Shinzo Abe later this month, an aide said, as the two leaders look to end a decades-old territorial row.

Japan had planned to give the Russian president—who is known for being a canine lover—a male Akita when he visits Japan on Dec. 15 and 16, which will include a trip to Abe’s home state of western Yamaguchi.

It was hoped the dog could accompany a female of the same breed named “Yume”—which means “dream” in Japanese—that Tokyo had presented to Putin four years ago as a thank you gift for Russia’s help after the 2011 earthquake and tsunami. “Unfortunately, we received a reply yesterday that they will not take him as the bridegroom,” Koichi Hagiuda, one of Abe’s close aides, said in a blog on Friday.

At the much-anticipated summit—and Putin’s first such visit since 2005—Japan is hoping to make progress on a territorial dispute over the status of four Pacific islands near its north coast, known as the Southern Kurils in Russia and the Northern Territories in Japan.

Relations between Moscow and Tokyo have been strained for decades over the territorial row dating back to World War II. Soviet troops seized the southernmost islands in an archipelago off the northeast coast of Hokkaido just after Japan surrendered. The seven-decade dispute over the islands’ ownership has kept Moscow and Tokyo from signing a post-war peace treaty and hindered trade and investment.