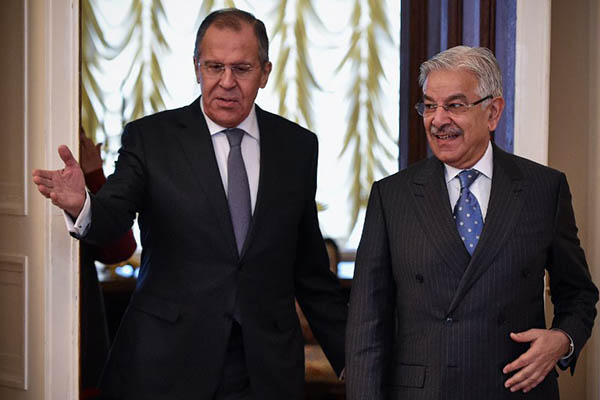 Russia is “very preoccupied” by the increasing presence and influence of Islamic State jihadists in Afghanistan, the Russian Foreign Minister Sergei Lavrov said on Tuesday.

“We are very preoccupied by what is happening in Afghanistan and by the expansion of I.S. influence,” Lavrov said during a press conference in Moscow with his Pakistan counterpart Khawaja Muhammad Asif.

According to Lavrov, the presence of I.S. in the north and east of Afghanistan is “serious” and “already amounts to a thousand people.”

Moscow is especially concerned, he said, about the security threat this creates for neighboring former Soviet republics and to Russia. “This is right on the borders of our Central Asian neighbors. It increases the risk of terrorists entering Central Asia, from where it’s not difficult for them to get to Russia, and further,” Lavrov said.

I.S. and the Taliban have staged several attacks in Afghanistan in recent weeks, including one on a luxury hotel in Kabul on Jan. 20. Russia has repeatedly criticized Washington’s strategy in Afghanistan, calling on the Taliban to be included in peace negotiations with the Afghan government.