Salah Calls for Change in Treatment of Women in Muslim World 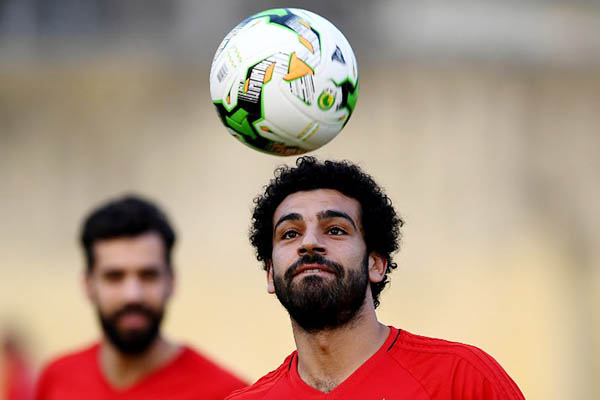 Egyptian football star Mohamed “Mo” Salah has called for change in the way women are treated in the Muslim world, in an interview with Time magazine published on Wednesday.

The 26-year-old Liverpool forward was named one of the U.S. magazine’s 100 most influential figures of the year, alongside other athletes including Tiger Woods, LeBron James and Naomi Osaka.

Salah told Time that while his attitudes towards gender equality had evolved over the years, he wanted to see more change. “I think we need to change the way we treat women in our culture,” Salah was quoted as saying. “It’s not optional.”

He said the treatment of women “in my culture and in the Middle East” had changed his opinions on gender issues. “I support the woman more than I did before, because I feel like she deserves more than what they give her now, at the moment,” Salah told the magazine.

Salah is an icon in Egypt after helping the country qualify for the 2018 World Cup, the first time they had reached the finals of the event since 1990. He was named African Footballer of the Year in 2017 and 2018 and was also English football’s Player of the Year in 2017-2018 following a dazzling season with Liverpool.

He told Time he has learned to cope with the “little bit of pressure” that comes with his elevated profile, while expressing pride at being regarded as a role model. “To be the first Egyptian in [this] situation and no one has done this before… it’s something different,” he said, insisting that superstardom had not changed his lifestyle. “I just live my life normal,” he said. “Most of the time I stay at home, I don’t like to go out.”