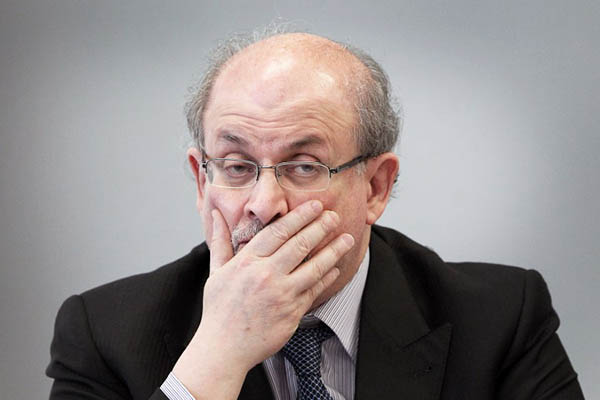 Prime Minister Narendra Modi’s failure to condemn a spate of attacks on free speech is giving rise to “thuggish violence” in India, author Salman Rushdie said Tuesday, amid a growing protest by the literary community.

British-Indian author Rushdie said in a television interview the Hindu nationalist prime minister’s silence over a rise in attacks on dissent by rightwing and religious extremists was endangering freedom of expression.

More than 20 Indian writers have handed back awards or resigned their posts in recent weeks over what they say is institutional inaction over incidents including the August murder of secular scholar M. M. Kalburgi.

“I think what’s crept into Indian life now is a degree of thuggish violence, which is new,” the writer told India’s NDTV channel from London. “And it seems to be, I have to say, given permission by the silence of official bodies… by the silence of the Prime Minister’s Office,” he said.

In the latest apparent attack on free speech, a far-right Hindu nationalist group on Monday attacked the organizer of a book launch for Pakistan’s former foreign minister in Mumbai, dousing him with black ink.

“Modi is a very talkative gentleman, he has a lot to say on a lot of subjects and it would be very good to hear what he has to say about all this,” Rushdie said.

The author, whose 1988 novel The Satanic Verses is banned in India, also told NDTV he was deluged with “10,000 hateful tweets” on Twitter for showing solidarity with the protesting writers. “I support Nayantara Sahgal and the many other writers protesting to the Sahitya Akademi [National Academy of Letters]. Alarming times for free expression in India,” he had tweeted on Monday.

“In memory of the Indians who have been murdered, in support of all Indians who uphold the right to dissent, and of all dissenters who now live in fear and uncertainty,” Sahgal had said in a statement at the time.