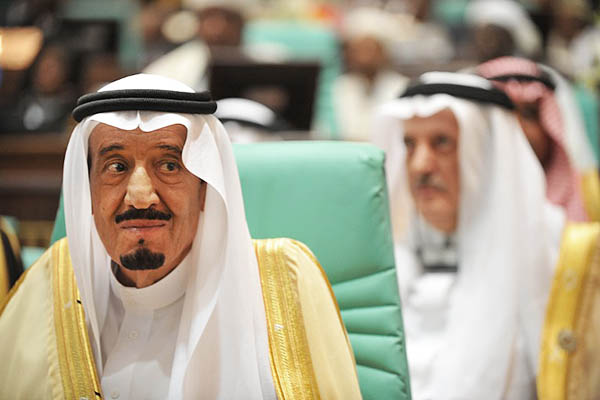 Prince Moqren, another of Abdullah’s half-brothers, has been named the new crown prince.

Saudi Arabia’s elderly King Abdullah died on Friday and was replaced by his half-brother Salman as the absolute ruler of the world’s top oil exporter and the spiritual home of Islam.

The royal court said in a statement that Abdullah, believed to be around 90, died at 1:00 a.m. local time, expressing its “great sadness and mourning.”

Salman, 79, had been defense minister and previously governor of the capital Riyadh. Another of the late monarch’s half-brothers, Moqren, was named the new crown prince.

Abdullah will be buried later Friday following afternoon prayers, and citizens would be invited to pledge allegiance to the new monarch and the crown prince at the royal palace, the statement said.

The royal court did not disclose the cause of Abdullah’s death, but he was hospitalized in December suffering from pneumonia and had been breathing with the aid of a tube.

Under Abdullah, who took the throne in 2005, Saudi Arabia has been a key ally of Washington in the Arab world, most recently joining the U.S.-led coalition carrying out airstrikes against the Islamic State group in Syria and Iraq. U.S. President Barack Obama was quick to pay tribute to Abdullah as a valued ally.

“As our countries worked together to confront many challenges, I always valued King Abdullah’s perspective and appreciated our genuine and warm friendship,” Obama said in a written statement shortly after the monarch’s death. “The closeness and strength of the partnership between our two countries is part of King Abdullah’s legacy.”

In Pakistan, President Mamnoon Hussain and Prime Minister Nawaz Sharif expressed deep grief and sorrow over the demise of King Abdullah. In separate messages, both leaders said the monarch was held in high esteem by every Pakistani and was considered a good friend of Pakistan.

Local media reported that the prime minister, along with Punjab Chief Minister Shahbaz Sharif, was expected to travel to Saudi Arabia to attend the funeral prayer today.

The kingdom is home to Islam’s holiest sites, Mecca and Medina, and its role as a spiritual leader for Sunni Muslims has seen it vying for influence with Shia-dominated Iran.

Behind his thick, always jet-black moustache and goatee, Abdullah had a shrewd grasp of regional politics. Wary of the rising influence of Islamist movements, Saudi Arabia has been a generous supporter of Egyptian leader Abdel Fattah al-Sisi since the army’s ouster of Mohamed Morsi of the Muslim Brotherhood. It has also played a key role in supporting opposition to Iran-backed President Bashar al-Assad of Syria, allowing U.S. troops to use its territory to train rebel fighters.

Salman, the new king, is widely expected to follow closely in Abdullah’s footsteps, in foreign and energy policy as well as in making moderate reforms to the deeply conservative kingdom.

Salman is a stalwart of the royal family credited with transforming Riyadh during his half-century as governor from a backwater to a thriving capital. Recent years have seen concerns over his health after operations on his back, but Salman took on an increasingly high-profile role as Abdullah’s own health issues forced him from the limelight.

Abdullah named Moqren as deputy crown prince last March, in an unprecedented move aimed at smoothing succession hurdles. Moqren, a former intelligence chief, was a trusted confidant of Abdullah with a reputation as a liberal. A former air force officer born in 1945, Moqren is the youngest son of King Abdul Aziz bin Saud, the founder of Saudi Arabia.

Since King Abdul Aziz’s death in 1952 the throne has systematically passed from one of his sons to another. Abdul Aziz had 45 recorded sons and Abdullah, Salman and Moqren were all born to different mothers.

The new king will face some major hurdles, especially as falling oil prices cut into state revenues. Saudi Arabia has managed to avoid the social upheaval that has shaken many of its neighbors in recent years, thanks in large part to massive public spending. The country has amassed enormous financial reserves, but has already projected a huge deficit of $38.6 billion for this year.

Many Saudis turned to social media to mourn the king. The broadcaster who read the announcement of his death wearing a dark robe and traditional shemagh head covering, Abdullah al-Shihri, said on Twitter it had pained him to break the news.

“I did not wish to announce this news,” he wrote. “May God have mercy on Abdullah bin Abdulaziz. Sincere prayers for his successor and crown prince.”

Abdullah Saadoon, a member of the Shura Council and retired general, said Abdullah had “laid the foundations of a blessed renaissance” in Saudi Arabia.

Another Twitter user, Shaima, said: “We didn’t lose a king, we all lost a father.”