Salute to the Street 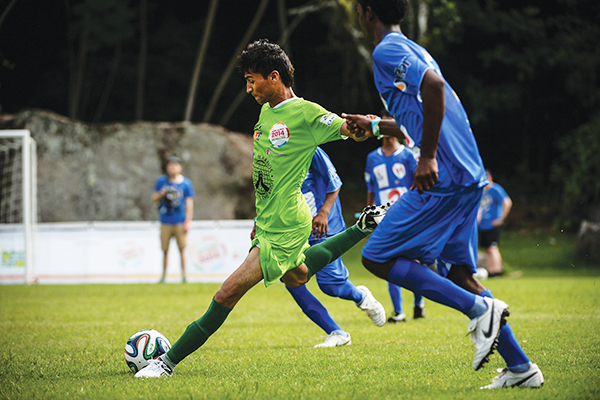 Their unlikely journey from the mean streets of Karachi to the football fields of Rio de Janeiro has Pakistan cheering. At the second edition of the 19-nation, 10-day Street Child World Cup 2014, Pakistan’s team first defeated India, 13-0, then Kenya, 2-0. “This is about giving street children a future,” said Azad Foundation, the Karachi-based organization which works to prevent the abuse and exploitation of street children and which cobbled together the football team by plucking and developing talent from the street, where once these boys had been languishing in anonymity and impoverishment. “Football is more than just a game for us,” said 15-year-old Raziq Mushtaq (pictured), who scored 8 goals against India. “I want to turn professional and support my family and then other children.” Just days earlier, football legend Maradona had declared that Pakistan didn’t “have a clue at all” about the sport. Pakistan’s latest sport heroes beg to differ.