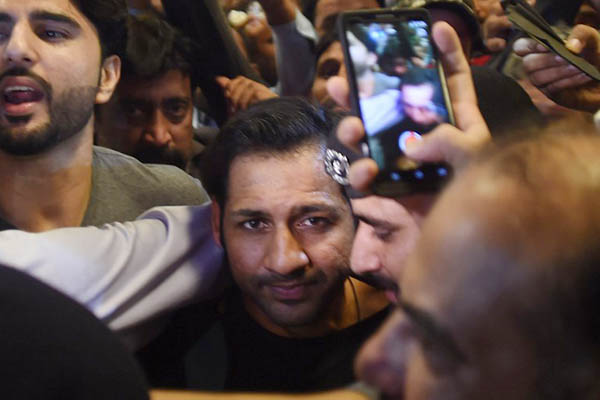 Ahmed held up the trophy to loud cheers and chants of “Long live Sarfraz!” as a police band played patriotic songs nearby. “[We won] thanks to Allah and the prayers of the whole nation,” Ahmed said in brief comments as he jostled his way through the crowd of well-wishers.

Pakistan’s victory by 180 runs on Sunday has sparked widespread celebrations in the country, where cricket is the number one sport. Ahmed was showered with bouquets and given a traditional skullcap and an ‘ajrak’ shawl, which is usually presented as a mark of honor.

Senior local officials also turned up to greet the captain before he was whisked away under escort by police commandos along with teammate Rumman Raees.

Ahmed’s residential block in central Karachi was adorned with colorful lights and Pakistan flags, while fans climbed on rooftops and balconies to watch him return home.