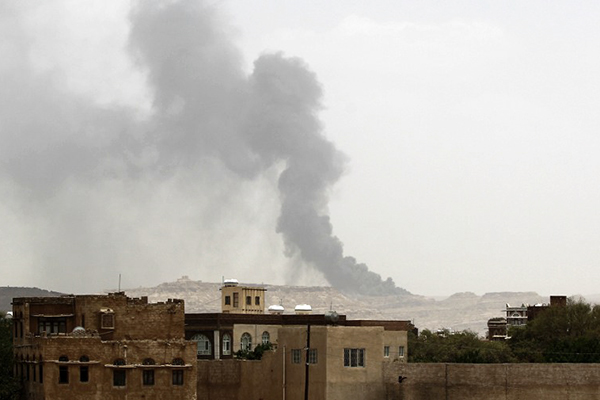 In neighboring Abyan province, five rebels were killed in an ambush and a further eight were killed in a similar incident in Taez, Yemen’s third city, according to witnesses.

War planes struck several Houthi positions in their northern stronghold province of Saada, witnesses said, as well as the residence of a senior Houthi official in Sanaa.

A Saudi-led coalition launched air strikes against rebels in Yemen in March, after the Houthis seized control of much of the country and encroached on Aden, where Hadi had taken refuge before fleeing to Riyadh.

Peace talks last month in Geneva between representatives of the exiled government and the Houthis failed to settle the deadlock. More than 2,600 people have been killed in the impoverished Arabian Peninsula country since March, according to U.N. figures.