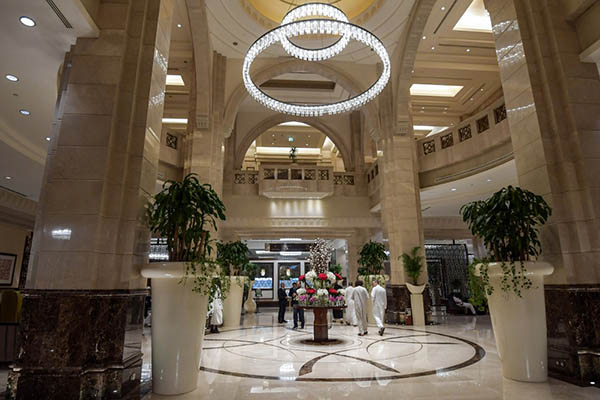 Saudi Arabia announced on Sunday it would allow unmarried foreign couples to rent hotel rooms together as the ultraconservative kingdom begins offering up tourist visas for the first time.

The tourism authority said in a statement published on Twitter that Saudi women traveling alone would also be able to check into a hotel by presenting valid ID.

In the past, couples wanting to stay in a hotel had to prove they were married. “This is no longer required for tourists,” the statement said.

Saudi Arabia announced on Sept. 27 it was opening its doors to holidaymakers with the goal of diversifying its oil-dependent economy. The kingdom had previously only issued visas to Muslim pilgrims, foreign workers, and recently to spectators at sporting or cultural events.

Kickstarting tourism is one of the centerpieces of Crown Prince Mohammed bin Salman’s Vision 2030 reform program to prepare the biggest Arab economy for a post-oil era.

Citizens from 49 countries are now eligible for online e-visas or visas on arrival, including the United States, Australia and several European nations.

On Sept. 28, Saudi authorities warned that tourists who violated “public decency,” including with immodest clothing and public displays of affection, would be subject to fines.