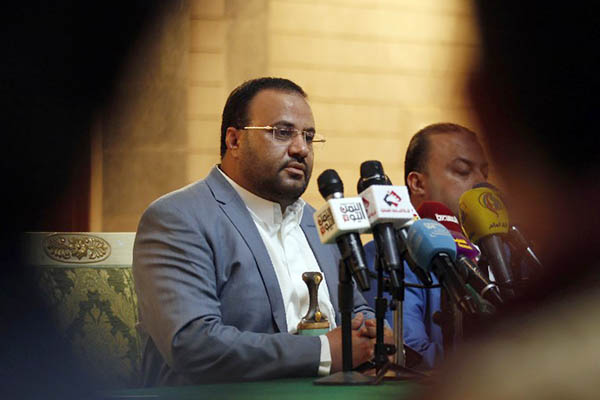 Saleh al-Sammad was killed in a Saudi airstrike. Mohammed Huwais—AFP

Saudi Arabia has confirmed it was behind the airstrike that killed the number two leader of Yemen’s Houthi rebels last week, with insurgents warning they would avenge his death.

Sammad, head of the Houthis’ supreme political council, was killed on Thursday in the western province of Hodeida, the Iran-allied rebels said. The Houthis are battling the Saudi-backed Yemeni government—and a military coalition spearheaded by Riyadh—for control of the impoverished country.

Prince Khaled said the strike was overseen by his brother, Crown Prince Mohammed bin Salman, after Sammad threatened a wave of missile strikes against Saudi Arabia.

Prince Mohammed, who is also the Saudi defense minister, has been the driving force behind Riyadh’s intervention in the devastating Yemen war. The conflict has claimed nearly 10,000 lives in three years and pushed Yemen to the brink of famine.

Sammad is the most senior Houthi leader to have been killed since the coalition intervened in March 2015 and his death is a major blow to the Shia rebels.

The killing sparked threats of revenge by rebel chief Abdul Malek al-Huthi on Monday, who warned the “crime” would not “go unanswered.”

The Houthis have this year regularly launched ballistic missiles into Saudi Arabia, which shares a land border with northern Yemen. One person has been killed in the attacks.

Ports in Yemen, which is dependent on food imports for the survival of the population, remain blockaded by the Saudi-led coalition in retaliation for the missile strikes. The United Nations has called the Yemen war the world’s largest humanitarian catastrophe.