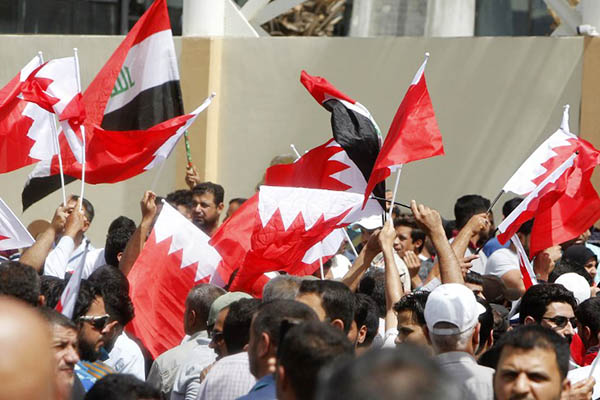 Saudi Arabia on Wednesday defended the actions of Bahraini authorities who opened fire on a protest by supporters of a top Shia cleric, killing five people.

The security of Bahrain “is an integral part” of Saudi security, the official Saudi Press Agency quoted a source in Riyadh’s foreign ministry as saying. “The source affirmed the support of the Kingdom of Saudi Arabia for the measures being taken,” including in Diraz village near the capital Manama, it said. These measures are to “address all terrorist attempts aimed at destabilizing and damaging” security and order, it added.

The Sunni-ruled Gulf state, where Shias are a majority, has been shaken by unrest since 2011, when Bahraini authorities backed by a Saudi military force crushed Shia-led protests. Demonstrators were demanding a constitutional monarchy and an elected prime minister.

Bahrain’s interior ministry on Tuesday said five people died among “the outlaws” in the Shia village of Diraz, where supporters of cleric Isa Qassim were holding a sit-in outside his home. Witnesses had earlier told AFP that several civilians were wounded when police fired at demonstrators throwing stones and Molotov cocktails at security forces.

Bahrain is located just across a causeway from Saudi Arabia, most of whose Shia minority lives in Gulf coast or other eastern communities. Shias in Saudi Arabia, who have long complained of marginalization, also began protesting in 2011.

Sporadic security incidents that have continued since then escalated this month in the Shia town of Awamiya. Authorities said a policeman died in a rocket propelled grenade attack on May 16, while at least two other people were earlier shot dead in unrest centered on a neighborhood slated for redevelopment.

A resident of the area reported gunfire early on Wednesday.