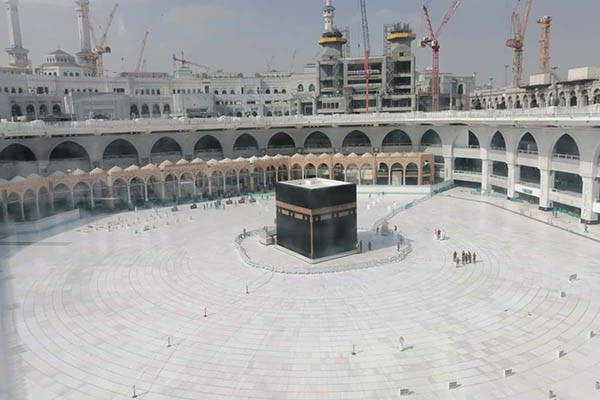 Saudi Arabia on Thursday extended till March 31 a ban on Umrah pilgrims traveling from countries where the novel coronavirus has been found to be spreading among the population.

Over 70 countries across the world have reported outbreaks of COVID-19, which originated in China last year and has since spread, including to the U.S., Italy, Pakistan, and even Saudi Arabia.

In a bid to contain the spread of the virus, Riyadh has temporarily banned Umrah pilgrims and tourist from traveling to the Gulf kingdom. The ban was originally implemented last month and since then, the state has emptied the holy Kaaba and undertaken a massive cleaning exercise to ensure it is free of the disease.

Under the order, passengers holding iqama, business and family visit visas would still be able to travel to Saudi Arabia. However, tourist visas for travelers visiting from countries where the virus poses a risk have been suspended indefinitely.