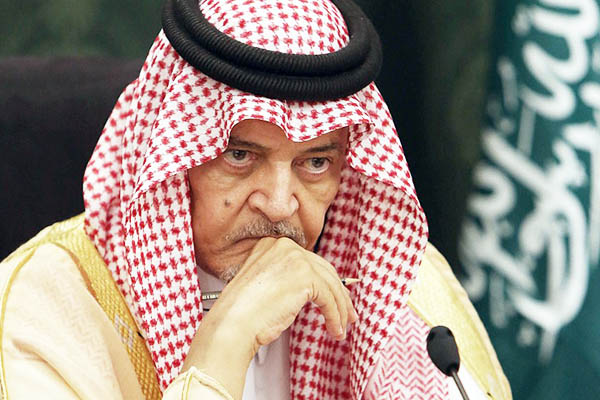 The Gulf kingdom has begun pursuing its own nuclear projects to counter the neighboring nation.

Saudi Arabia expressed hope on Tuesday for an end to Iran’s regional “interference” after a historic nuclear deal aimed at ensuring its Middle East rival does not obtain an atomic bomb. Two of the kingdom’s fellow Sunni-run Gulf neighbors also expressed hope for better relations with Shia-dominated Iran.

“Given that Iran is a neighbor, Saudi Arabia hopes to build with her better relations in all areas on the basis of good neighborliness and non-interference in internal affairs,” said an official spokesman cited by the Saudi Press Agency. “Iran should, with the conclusion of this accord, put her resources towards its development and amelioration of the condition of the Iranian people instead of provoking troubles which would generate certain reactions from countries in the region.”

The Gulf states, led by Saudi Arabia, the world’s top oil exporter, have concerns that Iran could still be able to develop a weapon under the agreement between Tehran and six major powers. They also worry that their traditional defense partner, Washington, is not taking seriously enough their concerns about what they consider Iran’s “destabilizing acts” in Yemen and elsewhere in the Middle East.

The Vienna agreement puts strict limits on Iran’s nuclear activities for at least a decade and calls for stringent U.N. oversight. In return, painful international sanctions that have slashed Iran’s oil exports and choked its economy will be lifted and billions of dollars in frozen assets unblocked.

To counter Iran, Saudi Arabia is pursuing its own nuclear projects and building alliances beyond its ties with Washington.

A United Arab Emirates official said his country hoped to see a “new direction” accompany the nuclear pact reached in Vienna to end a 13-year standoff over Tehran’s nuclear ambitions. “Iran could play a [significant] role in the region if it revises its policy and stops interfering in the internal affairs of countries like Iraq, Syria, Lebanon and Yemen,” the official said. “The new direction we hope to see accompany the historic nuclear deal would demonstrate a genuine desire for Iran to help extinguish fires devouring the region,” the official said. “This would move the region away from the discord of sectarianism, extremism and terrorism.”

The U.A.E., like all other Gulf states except Oman, belongs to a Saudi-led coalition that has been bombing Iran-backed rebels in Yemen since March. Abu Dhabi also fears that the Vienna agreement will strengthen Iranian influence in the region.

A change of path by Tehran would send a “positive signal that would help the region avoid nuclear proliferation and all the risks this would involve for its security and stability,” the Emirati official said. “Without such a change, we cannot build anything positive, and this will have consequences on the region and its people.”

The official WAM news agency said U.A.E. leaders have congratulated Rouhani, saying they hope the Vienna accord will “strengthen security and stability in the region.”

Kuwait’s emir, Sheikh Sabah al-Ahmad al-Sabah, sent cables to Iranian supreme leader Ayatollah Ali Khamenei and Rouhani congratulating them on the “historic agreement.” He hoped the deal “would contribute to strengthen peace and stability in the region and to direct all efforts for the development of the countries in the area.”