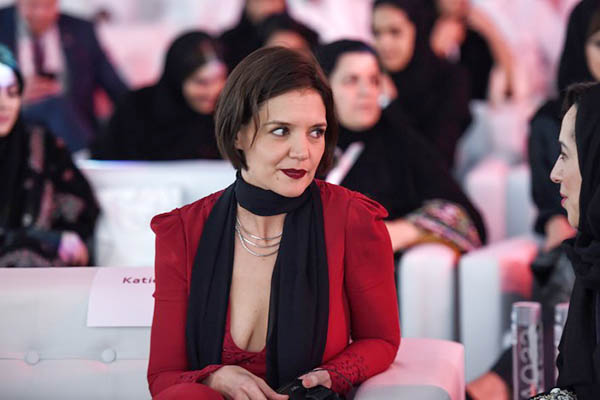 After repealing a decades-long ban on cinemas only last year, Saudi Arabia has now launched an ambitious drive to become a culture and entertainment hub as part of sweeping modernization plans.

American film star Katie Holmes and British actor-cum-director Idris Elba rubbed shoulders with Saudi officials, as the conservative kingdom on Thursday night kicked off an initiative to invest 130 billion riyals ($34.7 billion) in culture and leisure by 2020.

The goal is to create “a true cultural industry, with theaters, cinemas and training centers,” said Ahmad al-Mazid, who leads culture policy for Saudi Arabia.

Key projects include 16 entertainment complexes, an aquatic center and three other huge leisure hubs—all part of a bid to ensure three Saudi cities make it into the global top 100 for quality of life.

The project, dubbed “Quality of Life Program 2020,” is in part designed to encourage wealthy young citizens to spend more of their leisure time in the kingdom, where more than half the population is below the age of 25. “It will contribute to the satisfaction of Saudis and incentivize them to invest in their country and to stay,” said Ahmad Khatib, head of the oil-rich state’s entertainment policy.

The government will pump 50.9 billion riyals into this cultural revolution, while courting private investors and foreign partners for the rest of the investment.

“Saudi Arabia gave me an opportunity to make my film here, it made sense on an economical model,” British actor Elba, who made his name as a gangster in the gritty American police series The Wire, told AFP at the event. “I would definitely be here—why not?” added the Londoner, who has in more recent years turned his hand to directing and has a Twitter following of more than 2.5 million.

The investment program feeds into a drive by powerful Crown Prince Mohammed bin Salman to modernize his homeland, both in terms of liberalizing Saudi society and reducing the economy’s overwhelming dependence on oil.

The initiative aims to create 300,000 new jobs and represents a key pillar of the nation’s “Vision 2030” reforms.