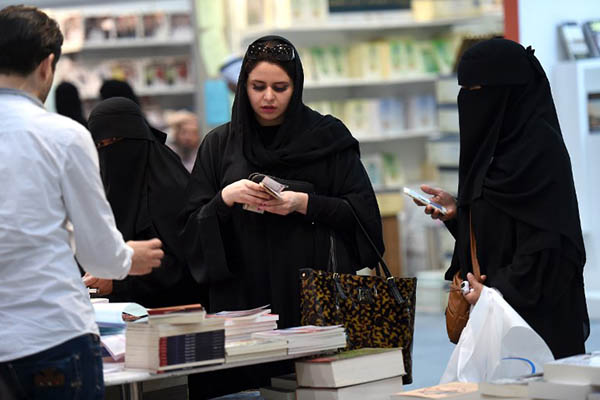 Saudi authorities on Thursday pulled a novel by an award-winning author from bookstores after readers denounced some passages as pornographic, sparking controversy in the ultra-conservative kingdom.

Thursday’s Visitors is an Arabic fiction novel by well-known columnist and writer Badriyah al-Bishr, who often focuses on the daily struggles of women in Saudi Arabia. “The ministry of culture and information has withdrawn the book Thursday’s Visitors… and opened an investigation into the matter,” said a spokesman for the ministry.

The book chronicles one young woman’s journey of self-discovery through Thursday get-togethers where women share their life’s joys and sorrows. But some of the content was deemed as sexually graphic.

“How can a book with this content be sold in the children’s books section?” one Saudi reader wrote on Twitter to Jarir, a prominent bookstore chain. “I did not check the content of the book before buying it, but your mistake is worse.”

In its response to the tweet, Jarir tweeted: “We agree with you. The copies have been withdrawn. We thank you for your observation.”

There was no immediate response from Bishr.

“Why are you all being so dramatic? Just skip the (sexually explicit) page and move on,” said a Saudi on Twitter in response to a conservative backlash against the author.

Books, magazines and journals are often censored in Saudi Arabia for content considered un-Islamic. Sex, religion and politics are typically considered red lines in the conservative kingdom, which has some of the world’s tightest restrictions on women.