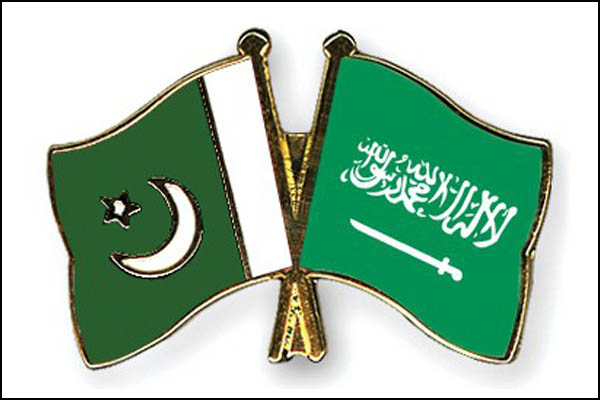 The Saudi envoy met both Interior Minister Sheikh Rashid Ahmed and Chief of the Army Staff Gen. Qamar Javed Bajwa in separate meetings. In his meeting with the Army chief, matters of mutual interest, the regional security situation, and bilateral defense relations between the two countries were discussed, according to a statement issued by the Inter-Services Public Relations.

Separately, Al-Maliki met the interior minister, with the two discussing Pak-Saudi bilateral relations. The envoy promised to aid Islamabad’s efforts to secure the speedy release of Pakistani prisoners in Saudi jails. Minister Ahmed called for expediting efforts to finalize an extradition treaty between Pakistan and Saudi Arabia for the benefit of prisoners.

Also on Tuesday, Prime Minister Imran Khan talked to Saudi Prince Sultan bin Salman bin Abdul Aziz al-Saud via telephone, with the two reaffirming a desire to strengthen bilateral cooperation between their two nations in all areas of mutual interest.

According to a statement issued by the Prime Minister’s Office, Khan conveyed his warm regards to the custodian of the two holy mosques, King Salman bin Abdul Aziz, as well as Crown Prince Muhammad bin Salman and the Saudi people.

Prince Sultan, meanwhile, conveyed his condolences over the sad demise of Sultana Foundation’s former chairman, Naeem Ghani. Khan lauded Ghani’s selfless devotion to the foundation, and appreciated the social welfare and educational projects it had launched in Pakistan under the patronage of Prince Sultan. He also praised the foundation’s philanthropic ideology, which is aimed at the socio-economic welfare of society’s vulnerable segments.

Khan assured the Saudi prince of his support and cooperation for the Sultana Foundation in pursuit of its noble mission.

The meetings come amid reports of a rift between Islamabad and Riyadh, with Pakistan having reportedly returned the remaining $1 billion of a $2 billion loan after securing funds from China. Foreign Minister Shah Mehmood Qureshi has maintained that there are “no rifts,” adding that the loan repayment was a result of the Gulf kingdom facing “financial constraints” due to the decline in oil prices globally.