Saudi Arabia Says it Ensures ‘Justice for All’ 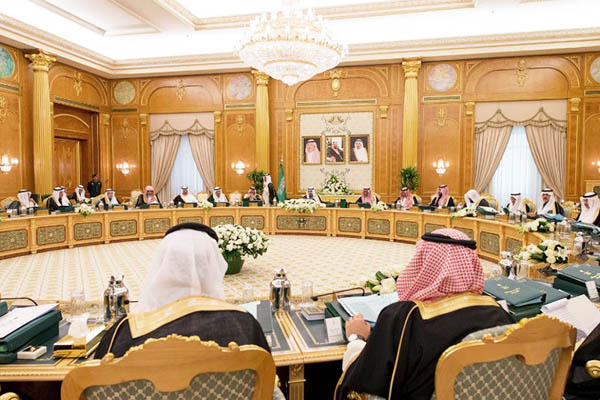 Saudi Arabia’s Islamic-based legal system ensures “justice for all” and the country’s women have made significant strides, the kingdom’s cabinet affirmed on Monday, responding to criticism by Sweden’s foreign minister.

Riyadh last week recalled its ambassador to Stockholm after what it called “flagrant interference in internal affairs” by Swedish Foreign Minister Margot Wallstroem. The Saudi cabinet on Monday “renewed its condemnation of the insulting statements” made against it by Wallstroem, Minister of Culture and Information Adel bin Zaid al-Toraifi told the Saudi Press Agency (SPA).

It said the kingdom’s justice system was “based on Islam, ensures justice for all.” The judiciary’s independence is an immutable principle, which was the foundation for the protection of human rights, SPA added.

“Freedom of expression is guaranteed for all within the Islamic sharia framework,” it said. “In the area of women’s rights, Islamic sharia ensures gender equality” and Saudi women “have made significant strides in many areas while maintaining their Islamic and Arab identity,” SPA said.

In January Wallstroem criticized the kingdom’s treatment of blogger Raef Badawi, who was sentenced to 1,000 lashes and 10 years in prison for insulting Islam. “One must protest against what are nearly medieval methods” of punishment, Wallstroem told TT news agency, alongside worldwide outrage over the treatment of Badawi. He received the first 50 lashes of his sentence in January but there have been no more since.

Then last week Wallstroem reportedly accused Saudi Arabia of blocking her speech at an Arab League meeting in Cairo. Her cancelled remarks, published by the Swedish foreign ministry, mentioned neither Saudi Arabia nor Wallstroem’s “feminist foreign policy” but stressed women’s and human rights.

Saudi Arabia is the only country in the world where women are not allowed to drive. The sexes are strictly segregated, women are required to dress in black from head to toe when outside the home, and they still need permission from a male guardian to work and to marry.

“Freedom of association, assembly, religion and expression are not only fundamental rights and important tools in the creation of vibrant societies,” Wallstroem’s un-read speech said, noting that “women’s rights do not only benefit women, but society as a whole.”