Saudi Arabia Sees ‘No Effect’ of Break With Iran on Syria, Yemen 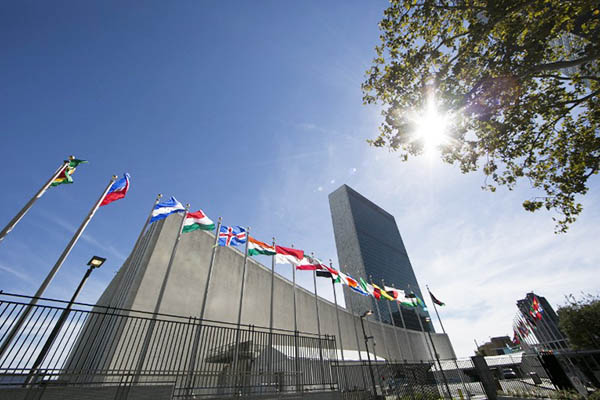 Riyadh’s envoy to U.N. says Tehran has not been supportive of peace talks even before diplomatic crisis.

Saudi Arabia’s decision to break off relations with Iran should have no impact on peace efforts in Syria and Yemen, Riyadh’s envoy to the United Nations said Monday.

“From our side, it should have no effect because we will continue to work very hard to support the peace efforts in Syria and Yemen,” Saudi Ambassador Abdallah al-Mouallimi told reporters.

Saudi Arabia cut off diplomatic ties with Iran on Sunday after protesters ransacked and set fire to the Saudi Embassy in Tehran over the execution of Shia cleric Nimr al-Nimr. International fears are growing that the Saudi-Iranian rift would derail peace efforts in Syria and Yemen and two U.N. envoys were dispatched to Riyadh to keep diplomatic gains afloat.

The envoy said Saudi Arabia “will attend the next Syria talks and we are not going to boycott them because of Iran” but he also took a swipe at Iran’s role in the search to end the nearly five-year war in Syria.

“The Iranians even before the break of diplomatic relations have not been very supportive, not very positive in these peace efforts,” said Mouallimi. “They have been taking provocative and negative positions.. and I don’t think the break in relations is going to dissuade them from such behavior.”

The Saudi envoy spoke as the U.N. Security Council haggled over the wording of a statement on the Saudi-Iranian tensions. In a letter to the council, the Saudi ambassador called on the council to “take all appropriate measures to ensure the inviolability of diplomatic facilities and the protection of all Saudi diplomats in Iran.”

Riyadh also defended the execution of 47 men including Nimr, saying in a letter to U.N. Secretary-General Ban Ki-moon that they were “granted fair and just trials without any consideration to their intellectual, racial or sectarian affiliation.”

U.N. Syria envoy Staffan de Mistura was in Riyadh for talks and was to head later this week to Tehran to seek assurances that hard-won gains in the Syria peace process were not in jeopardy.

De Mistura is counting on broad support to launch peace talks between President Bashar al-Assad’s government and the opposition in Geneva on Jan. 25—the culmination of a three-month effort involving all key players.

Both Iran and Saudi Arabia have a crucial role in the diplomatic push to end the nearly five-year war in Syria and to bring about a political settlement for Yemen. The U.N. envoy for Yemen, Ismail Ould Cheikh Ahmed, heads to Riyadh on Wednesday to push for a renewed ceasefire.