Saudi Arabia Seized Over 22m Amphetamine Pills in a Year 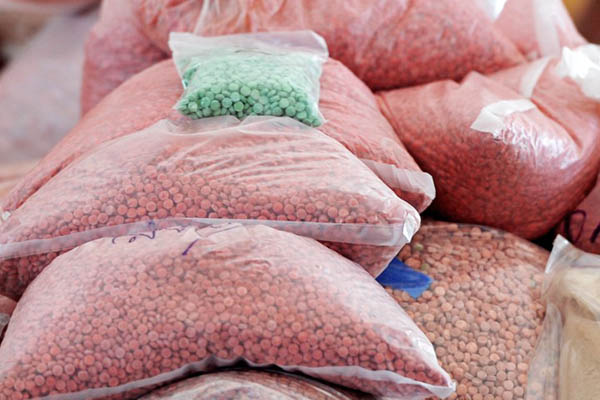 Interior ministry statement says 28.8 tons of hashish and 26.2 kilograms of heroin were also taken into custody.

Saudi Arabia, where drug traffickers are sentenced to death, has seized 22.4 million amphetamine pills in one year, an interior ministry spokesman said Sunday.

Around 28.8 tons of hashish and 26.2 kilograms of heroin have also been seized during the past Hijri Islamic year which ended in mid-October, the spokesman said in a statement published on the official SPA news agency.

In their campaign against drug trafficking, authorities have also confiscated hundreds of weapons, including 184 machineguns as well as rifles and guns, in addition to over 41 million riyals, said the statement.

During eight months of the past Hijri year, 1,776 drug traffickers were arrested in the kingdom. Under the Gulf state’s strict Islamic legal code, murder, drug trafficking, armed robbery, rape and apostasy are all punishable by death.