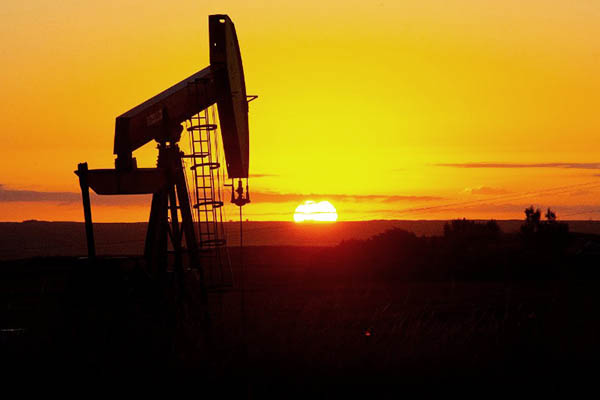 Reaction comes as market hit new lows with crude oil selling for under $27 a barrel.

The market’s dramatic slump culminated on Wednesday with New York crude collapsing to $26.19 per barrel—a point last seen in May 2003. London Brent oil also skidded to $27.10—the lowest level since November of the same year.

Prices have since recovered somewhat to sit at $31 heading into the weekend, but traders remain on edge after another rocky week.

Oil turned higher as Organization of the Petroleum Exporting Countries kingpin Saudi said the market had “overshot” itself, while traders also digested eurozone stimulus hopes and a weaker-than-expected increase in U.S. oil inventories.

Saudi Arabia is the biggest producer within the 12-nation OPEC.

“The price itself is irrational,” said Khalid al-Falih, chairman of state-owned oil firm Saudi Aramco, at the World Economic Forum in the Swiss ski resort of Davos on Thursday. “I do feel that the market has overshot on the low side and that it is inevitable [that it will] start turning up. Where will we be by year-end? I don’t know but certainly I would bet that it is going to be higher than where we are today.”

OPEC left its collective production ceiling unchanged, in both June and December 2015, at 30 million barrels per day. Estimated actual output stands at 32 million bpd. So far this year, prices faced a rapid descent as concerns also snowballed over the strong dollar and weak demand in the faltering world economy—particularly in powerhouse China.

Russia was among the hardest hit this week, with its ruble currency slumping to a record low against the dollar. The nation’s energy-reliant economy has already been pushed into recession by low oil prices and Western sanctions over Ukraine.

“The decision made by OPEC’s main player, Saudi Arabia, not to cut supply in order to protect its market share, triggered a price war,” noted Dr Nikos Paltalidis, finance lecturer at Durham University Business School. “By pushing prices to such low levels, high-cost countries, such as Russia, Iran and shale-oil producers in the United States, will face severe pressure to close down unprofitable investments.”

He added: “The main target from this policy is to force Russia and Iran to curb the production of oil. “OPEC’s share of the world oil market is only 30 percent, down from almost 60 percent 20 years ago, and they want to increase their share in the global oil market.”

Saudi Arabia and other rich Gulf state OPEC members can cope with a period of low oil prices. However, poorer OPEC nations like Nigeria and Venezuela want lower output in order to lift prices and boost their precious revenues—and have both reportedly called for an emergency meeting.

“We have the most resilient capacity … to take whatever the market serves us,” added Saudi Aramco chief Falih in Davos. “If price continue to be low, we will be able to withstand it for a long, long time. Obviously we don’t hope for that—but we have prepared for it. We have the lowest cost production in the planet.”