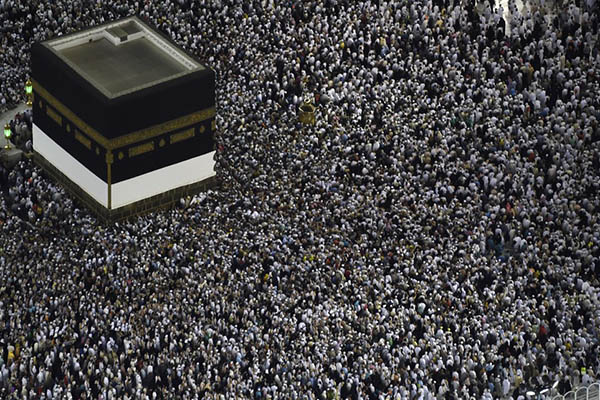 The holy Ka’aba during the 2019 Hajj pilgrimage. Fethi Belaid—AFP

Saudi Arabia on Monday announced it was banning international visitors from making the annual Muslim Hajj pilgrimage this year in a bid to curb the spread of the novel coronavirus.

According to a statement issued by state-run media, the Gulf kingdom would only allow a limited number of people already living in Saudi Arabia to take part in the Hajj.

Annually, an estimated two million people make the annual pilgrimage, visiting Mecca and Medina to fulfill one of the five pillars of Islam.

Prior to Saudi Arabia’s announcement, there had been fears that the Hajj might be cancelled entirely. Authorities have said that a limited Hajj, as announced, is the only way they could ensure that social distancing requirements would be effectively enforced to keep people safe.

Thus far, Saudi Arabia has recorded 161,005 confirmed cases of COVID-19, and 1,307 deaths. A nationwide lockdown was only eased over the weekend as new infections were brought under control.

Pakistan’s Religious Affairs Ministry has called an emergency meeting to review the situation arising out of Saudi Arabia’s ban on international visitors for this year’s Hajj. According to a spokesperson of the ministry, the meeting would determine the mechanism to return payments already made by those who had registered themselves for the government’s Hajj scheme.